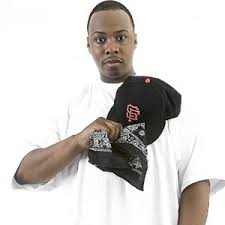 In one short verse of the party track “San Francisco Anthem,” the 32-year-old Baghdad-by-the-Bay rapper San Quinn manages to shout out Hunters Point, Hayes Valley, Candlestick Park, Twin Peaks, Barry Bonds, the Fillmore District, Jerry Rice and the Golden Gate Bridge. Add a sample from Scott McKenzie’s “If You’re Going to San Francisco” in the background, and you’ve got a Bay jam. All things Ess Eff come easy to Quinn, who’s also recorded songs such as “Bay Luv,” “Northern California,” and named an entire album, The Rock, after Alcatraz. Unmistakable on the mic with a low, gruff timbre, Quinn’s destined to be one of the survivors of Bay Area rap; he was in the game before it was big, and he’ll be here if it ever dies down. He performs with DJ Amen on Friday, Dec. 18, at 19 Broadway. 19 Broadway, Fairfax. 9pm. $15–$20. 415.459.1091.Gabe Meline