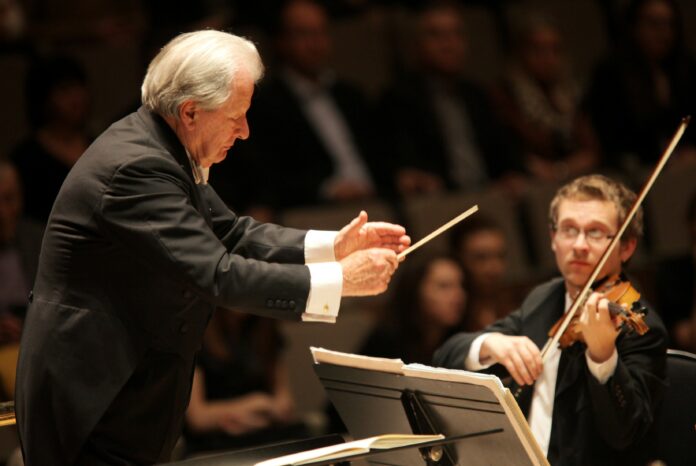 There is little musically that 90-year-old Sir Neville Marriner has not done. The violinist and conductor, who founded the London-based Academy of St. Martin in the Fields Chamber Ensemble, has worked for Queen Elizabeth and Hollywood throughout his career. This Saturday, Neville celebrates the 30th anniversary of the film Amadeus, on which he supervised the soundtrack, with live music and a screening of the movie. The next day, Neville conducts the Symphony Napa Valley and internationally renowned violinist Dmitry Sitkovetsky in an Amadeus-inspired concert of music from the film and other popular Mozart masterpieces. Neville shares a lifetime of music on Saturday and Sunday, Dec. 13–14, at the Lincoln Theater, 100 California Drive, Yountville. Saturday at 6pm ($50); Sunday at 3pm ($35–$85). 707.226.8742.