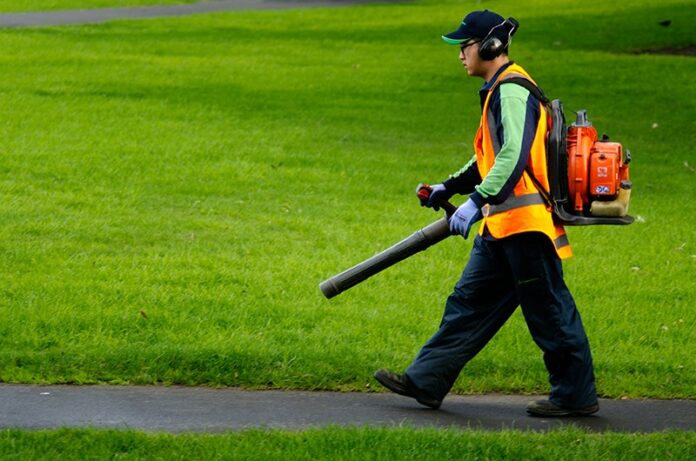 The city of Sonoma’s hot-button topic right now doesn’t seem to be the drought or a local housing crisis that finds more vacation rentals than long-term ones—it’s leaf blowers.

A group of community members is fighting to outlaw the blowers, a move undertaken by a handful of wealthy California towns already—including Mill Valley. Sonoma Neighbors Against Leaf Blowers (SNALB) says there are dangers beyond the annoying noise, including the release of pollution spewed by gas-powered blowers.

“You would be very surprised by how many people all over Sonoma are negatively impacted by leaf blowers,” says SNALB’s Sarah Ford. “A lot of people who work from home are prevented from getting their work done. The noise and dust and emissions are huge quality of life issues.”

Two councilmembers recently voted in support of the ban; two opposed it. Councilwoman Rachel Hundley was the deciding factor. She couldn’t deliver a vote, and her indecisiveness pushed the drama to its next phase: The council will vote to put a measure on the 2016 ballot and let voters decide.

Blower proponents have raised the specter of racism: Would a workforce of primarily Latino landscaping workers lose their income if these infernal machines were banned? Oh please says opponent Dan Ponicson. “Successive councils have been bullied into believing the economic issues. Ultimately, the problem persists because of people who believe the appearance of their driveway, in concert with cheap labor, is more vital than the health and well-being of their neighbors.”

Waldron Landscape, the largest landscaper in Sonoma, wrote a letter to clients this summer to inform them of a ban’s catastrophic impact. “If you want your landscape maintained with brooms to the same standard as it was by the blower, your costs will go up…. If you keep your monthly rate exactly where it is now, your landscape will simply be a little less tidy. We will put in our usual time and even work a little harder because a push broom takes more elbow grease to use.”

Windsor resident and veteran intensive care nurse Steve Elkins popped by the Bohemian office on a recent afternoon with a petition making the rounds. The issue: property taxes collected in Windsor that go to Healdsburg Hospital—a community facility that Elkins says sees scant use from Windsor residents.

The petitioners say that upwards of $150 a year is collected from Windsor residents to support a hospital that, Elkins says, “nobody uses in Windsor.” More than $1 million is directed by Windsor to the Healdsburg Hospital a year, but residents there in need of hospital or emergency medical care are far more likely to go to Sutter or Kaiser in Santa Rosa. Those hospitals are closer to Windsor residents, says Elkins, 95 percent of whom “do not seek any hospital or emergency services from Healdsburg Hospital,” according to the petition. The petition seeks to cleave Windsor from the North Sonoma County Healthcare District.

The Windsor petition makes the rounds as another community hospital in our midst struggles to re-open—and is reportedly hemorrhaging $1 million a month as it sorts out its pharmaceutical software snafu. The latest news from the still-waiting-to-reopen Sonoma West Medical Center, the former Palm Drive Hospital in Sebastopol, is that nobody’s sure when it will open. Having previously jumped the gun on a hopeful note of hospital-open optimism, this paper has adopted a “we’ll believe it when we see it,” editorial posture.