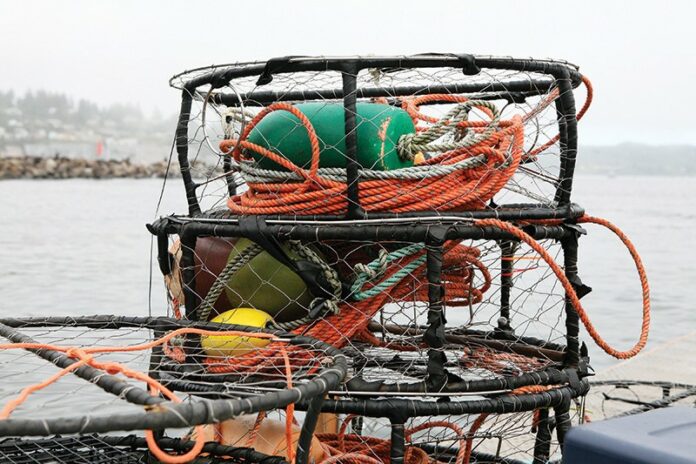 Bodega Bay commercial fishermen, with the help of their local congressman, last week nabbed a United States Department of Agriculture grant designed to help the seaside burg develop new local and regional seafood markets by “sourcing, aggregating, storing and processing locally caught, sustainable seafood for consumers,” according to a statement announcing the grant.

The Commercial Fishing Association of Bodega Bay applied for the grant with the assist of U.S. Rep. Jared Huffman in May. The USDA dollars are pegged for enhancing local food promotion. The grant totals $131,000.

The grant announcement came as two other bits of fish news came over the transom last week—one of which highlights the need to protect Bodega Bay anglers’ ability to earn a living catching crab.

Huffman co-sponsored the West Coast Dungeness Crab Management Act that seeks to permanently extend a 20-year fisheries management agreement aimed at protecting the health of the crab fishery in California, Oregon and Washington. It is set to expire next September.

But there’s a longstanding critique of Dungeness management that small-time Bodega Bay operators say puts them at a disadvantage. They’ve grumbled about bigger crab boats from the north that come to California waters early in the Dungeness season, fish local waters and return with their catch to their home states—and contribute nothing to the local California economy in the process.

The Dungeness fishery is managed by the Tri-State Dungeness Crab Committee, which is overseen by the Pacific States Marine Fisheries Commission. That body sets size and sex restrictions on the crabs, and also sets the season dates.

And speaking of endangered species, Republican efforts at mitigating drought impacts on agribusiness have salmon activists up in arms as the season winds down. John McManus, executive director of the Golden Gate Salmon Association, issued a statement last week that pounced on a proposed anti-drought bill from Kern County U.S. Rep. David Valadao. His bill has the sponsorship and support of the California Republican congressional delegation.

The essence of Valadao’s bill: the heck with endangered or threatened salmon, we need the water. “The dedication of vast quantities of water to protect certain species of fish listed under the Endangered Species Act (ESA) is a significant obstacle hindering water delivery in Central and Southern California,” Valadao says of his bill.

The bill, says McManus is “the most aggressively anti-salmon bill we’ve seen, introduced when our salmon runs are already being clobbered by drought. . . . Commercial landings this year are far below expectations and the worst impacts on salmon fishermen may be felt in the next few years. . . .”

One-time speaker-of-the-house candidate Kevin McCarthy offered some characteristically mangled prose about the Valadao bill when he called it “an important step to helping restore the water our communities desperately need by more fully utilizing the most sophisticated water system in the world to quench the robust economic opportunity California families, farmers, workers and businesses all need.”