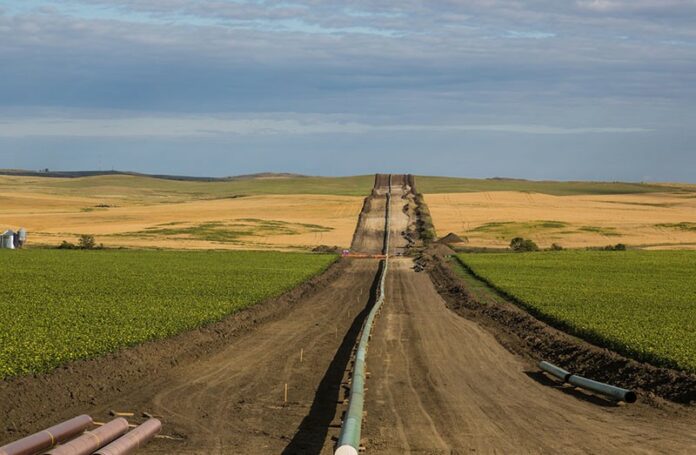 On Nov. 15, as a big anti–Dakota Access pipeline protests unfolded around the North Bay, Marin County U.S. Rep. Jared Huffman and 20 other members of Congress sent a letter to President Barack Obama offering suggestions and making demands on how to de-escalate rising tensions at the site of the hot-button pipeline in North Dakota.

Highlighting that the fight to protect the rights of the Standing Rock Sioux tribe will bleed into the next administration, Huffman called on Obama and the United States Department of Justice to “urge the state of North Dakota to stand down from its escalation of the use of force,” which has included the arrest of journalist Amy Goodman and various attempts to shut down the free assembly rights of protesters on the site, via the state’s National Guard.

Arizona Rep. Raul Grijalva was a co-signer of the letter to Obama, which was sent to the president a day after the Army Corps of Engineers signaled its continued push to work with the Standing Rock Sioux tribe as it works to make decision on a proposed easement across native lands.

Grijalva blasted North Dakota, whose Republican leadership, at the urging of the corporate owners of the pipeline, deployed the National Guard to the protest site. In a statement co-written with Huffman, Grijalva noted that the function of the guard is to provide assistance in the event of a natural disaster “not to help suppress our constitutionally protected right to peacefully assemble.”

“Its use in this way, and the escalating law enforcement and National Guard presence in response to unarmed demonstrations, betrays our values as a nation,” Grijalva added, “and aids a private corporation whose pipeline threatens Native American burial and sacred sites, and clean drinking water.”

The letter to Obama calls on the president to send observers from the Department of Justice to keep tabs on the violent and disproportionate responses to legitimate protest—and to come out swinging against the proposed easement under consideration by the Army Corps.

“In the coming months,” Huffman notes, “President-elect Trump—who has personally invested in this pipeline company (see “The Spigot,” Oct. 26)—will undoubtedly signal an oil and gas industry takeover of the White House. This will be one of the many battles we must fight and we must stand together to protect the environment, sacred tribal lands, freedom of the press and the right to peaceful assembly.”

Meanwhile, about 300 protesters gathered in front of Citibank in downtown Santa Rosa Tuesday, Nov. 15, to protest the bank’s investment in the pipeline. More local protests are planned.

The series of stories debunked a lot of mytho-science around breast cancer rates among higher-income women in Marin County and elsewhere. Byrne’s award was in the small-circulation newspapers category (under 150,000). Byrne, AAAS remarked, “took a close look at claims of a breast cancer epidemic among white women in upscale Marin County and found that widespread cancer screening, producing many false positives, is the likely cause of a feared ‘cancer cluster’ in the county. He reported that many non-cancerous findings are erroneously entered in the state’s cancer registry as cancerous.”

The award comes with a $5,000 cash prize, and it sounds like the money will come in handy in the Byrne household. Debriefer was on the phone with Peter a couple of weeks ago, and he told us how he’d just dropped many thousands of dollars
on his kids’ braces. Smile!