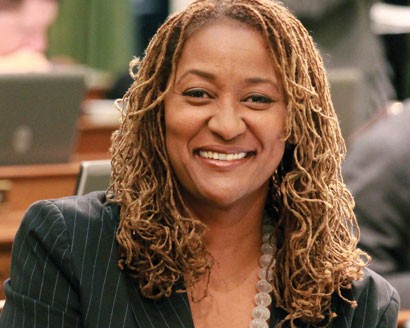 Late last week, Debriefer noticed an uptick in rumors being floated about when Sonoma County District Attorney Jill Ravitch would decide on whether to charge sheriff’s deputy Erick Gelhaus, who shot Lopez while he brandished a toy weapon.

The gist of the rumors: it’s imminent.

But according to a Ravitch spokesperson, the rumors were launched by an activist attorney. This was part of an effort to push Ravitch’s hand on a decision fraught with controversy.

Ravitch faces a June 3 election, and critics have accused her of stonewalling on Gelhaus until after the votes are counted. She denies the stonewalling.

The rumor push coincided with breathless news reports that the city of Santa Rosa was on edge in anticipation of Ravitch’s imminent-not-imminent ruling. Protests were planned unless she ruled now. Talks of a riot were in the air. Federal mediators were brought in.

And then the weekend came. No charges, no nothing.

The Ravitch spokesperson said she hadn’t heard anything about when her boss’ decision might actually come down, despite the rumors. She said she’d call Debriefer when there’s some actual news.

A drunken driver took out the gas pumps at the only fill-up station in Point Reyes Station last week, meaning that if you were on the coast and low on petrol, your only hope for days and days was Bolinas—where a gallon over the weekend would set you back an eye-popping $5.65 for premium grade.

That was shocking enough—and Debriefer could not find a higher-priced gallon of gas anywhere else in the U.S. By midweek, BoGas was getting $5.76 a gallon.

But even more jarring was seeing the word “Bolinas” on electrified roadside signage, in the form of temporary highway signs warning drivers in West Marin that their only chance for a fuel-up was at BoGas—located in a town famous for repeatedly removing all state signage that would point you there. The state eventually gave up on the Bolinas signs, and the temporary one along the Nicasio Reservoir was not to be see on Tuesday morning – only to reappear by the end of the day.

Bills that wind up in that file, says the state website, “are then considered at one hearing after the state budget has been prepared and the committee has a better sense of available revenue.”

A 2010 op-ed by Thad Kousser, in the Los Angeles Times, called for an end to the use of the suspense file. “They should make the legislative game fair to both parties by eliminating the obscure but important procedures governing the ‘suspense file,'” Kousser wrote, “which give legislative leaders the power to kill, without a public vote, bills that a majority of legislators might support.”

A recent Sacramento Bee story put it a little more bluntly: “The Appropriations Committee’s suspense file is often the place where bills go to die.”