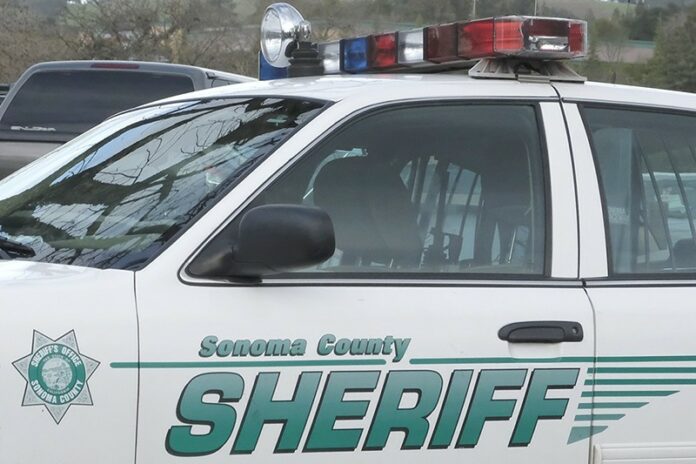 Questions over 2014 Freitas letter to ICE

Jerry Threet has been taking a lot of grief from police accountability activists as head of Sonoma County’s Independent Office of Law Enforcement Review and Outreach, but he did manage to leverage a change in the Sonoma County Sheriff’s Office (SCSO) policy toward noncitizens who commit crimes.

As first reported in the Press Democrat on May 2, Freitas said he would release prisoners to Immigration and Customs Officials under guidelines set out by the 2013 Trust Act, which, as reporter Martin Espinoza noted, was supported by immigrant-rights groups. The California Trust Act set out conditions under which detainees could be released to ICE—and also under which conditions they could not.

Based on Threet’s recommendation, reported the PD, the SCSO will no longer contact ICE for non-serious crimes such as driving without a license, as Freitas pledged to abide the standards of the 2013 act.

Freitas had previously written to ICE to offer assistance to the federal agency as it warned of the Trust Act’s potential legal implications to the SCSO. In a May 7, 2014, letter to Craig Meyer, an assistant field director at the ICE office in San Francisco, Freitas noted that court cases that had been filed in the aftermath of the act’s passage had clarified that “local law enforcement agencies are free to disregard ICE detainers,” and highlighted that the court orders also suggested “that local law enforcement agencies may be exposed to potential civil rights actions for honoring ICE detainers, absent a showing of probable cause for detention.”

Freitas went on to inform Meyer that, given the risk of civil lawsuits, the SCSO would not honor ICE detainers absent proof of probable cause—such as an arrest warrant.

Then he offered to help ICE establish probable cause: “If you would like to meet to discuss possible other methods of providing probable cause, I would be happy to meet,” Freitas wrote.

The SCSO rejected any implication that Freitas had been working with ICE to assist the agency in deporting non-citizens charged with minor offenses. “The letter specifically states that we are no longer going to accept ICE detainers without probable cause,” says SCSO spokesman Sgt. Spencer Crum via email. “If there was another way to establish the probable cause without a warrant we would be willing to listen to Mr. Meyer’s ideas as we would consult with any other law enforcement agency. To this day, we reject all ICE detainers and will only hold people who we’d otherwise release if we have a valid warrant signed by a judge.”

A state Senate budget subcommittee met May 4 to discuss the implementation of Proposition 64. A rider bill to last year’s voter-approved legalization would address taxation and other issues, but the sticking point, says California Growers Association executive director Hezekiah Allen, is a proposed repeal of Section 26051, which gives officials latitude to deny canna-biz applicants if they are concerned they might “create or maintain monopoly powers.”

Proposition 64 protects local growers with a five-year window to grow their business and protect their flowers from corporate takeover. Section 26051 covers a range of deniable factors: Applications can be rejected if authorities believe they would encourage underage use or adult abuse; violate environmental protection laws; or contribute to the black market.

By every indication, the repeal-26051 effort is not being pushed by children, criminals, addicts or illicit streamside growers. Hmmm . . .