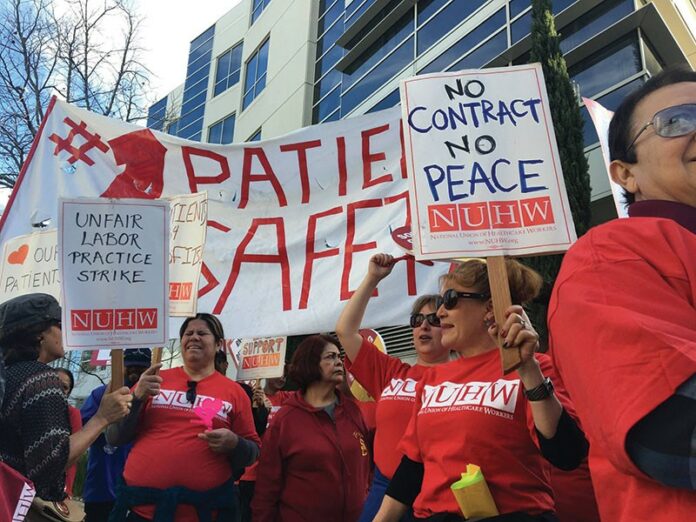 As we were going to press this week, Debriefer got word that hundreds of healthcare workers at Santa Rosa Memorial Hospital and Petaluma Valley Hospital will go on a one-day strike over persistent claims of understaffing, turnover and cuts to benefits. Justin DeFreitas, communications director with the National Union of Healthcare Workers, says the hospitals have brought in replacement workers and told the workers that if they strike for one day, they’re going to get locked out of the hospital for five days. St. Joseph Health, which operates the hospitals, posted a job listing on
indeed.com that details their plans for the replacement workers: They flew in on June 5; they will be deployed to the hospitals on June 7 for training, and they’ll work from June 9 through June 13—even though the union has only made plans for a one-day strike.—Tom Gogola

Despite being the most underreported crime in the United States, elder abuse reports continue to rise in Sonoma County, according to data just out from Adult Protective Services and the Long-Term Care Ombudsman. The rise in reports in Sonoma County is due to two factors, according to Gary Fontenot, section manager for the Adult and Aging Services in the Sonoma County Human Resources Department. “There are simply more people over the age of 65 than in previous years, increasing the number of elderly,” Fontenot says, adding that “there has been a lot of outreach to make the issue more known, and that outreach is producing more reports.”

Elder abuse can take many forms: self-neglect by the senior; physical, mental, sexual or financial abuse; as well as neglect or abuse by family members, caregivers or others. To that end, the Petaluma Partners in Protection are presenting “A Little Help from Our Friends,” June 14 from 4pm to 7pm at the Petaluma Community Center on North McDowell Boulevard. Senior centers are also raising awareness of abuse by displaying purple flags, each representing one report of elder abuse. Reports can be made to Adult Protective Services at 707.565.5940 or 800.667.0404 for elders living in homes or apartments in the community. For elders residing in care facilities, contact the ombudsman at 707.526.4108 or 800.231.4024.—Casey Dobbert