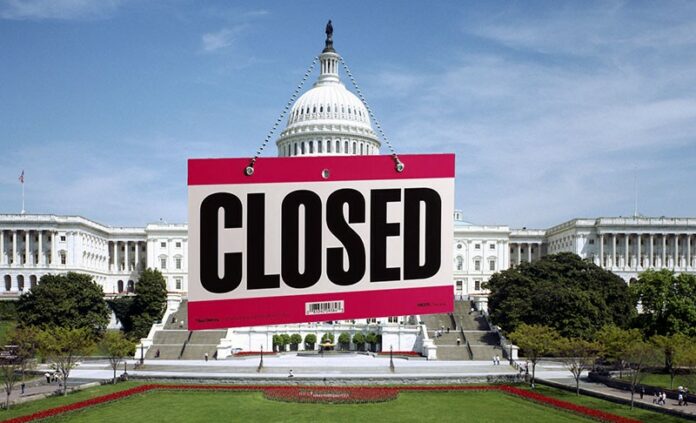 A critical component to fund a Larkspur SMART train extension moved forward in the U.S. Congress as lawmakers agreed in early December to authorize the Small Starts program at $11 billion over six years. There’s $20 million pledged by President Obama in the transportation authorization bill earmarked for the Sonoma-Marin Area Transit system that would extend rail tracks by two miles, from San Rafael to Larkspur.

But the entire spending package might go out the window, and the SMART dollars with them. A government shutdown looms as Democratic lawmakers grapple with multiple radical right-wing riders dropped into an omnibus appropriations bill to fund the government. The transportation authorization bill that passed earlier this month included SMART dollars, but now that it’s time to appropriate the money, Republicans have threatened a shutdown.

“They’ve thrown the kitchen sink at the Democrats,” says Rep. Jared Huffman, D-San Rafael. After months of negotiations, Huffman says, the party “threw it out the window and offered a deal to Democrats that was basically every radically ideological agenda [item] that they could dream up.” The GOP riders would ban Syrian refugees; amend the Dodd-Frank Act; pollute the Clean Air Act; wreck Obamacare; defund, demonize and otherwise delegitimize Planned Parenthood; whittle away at the Endangered Species Act . . .

House Democrats sent the bill back to the GOP to scrub the extremism. “It’s been flatly rejected by us, so now—having had the goal posts moved—we are really not quite sure where this goes in the next few days,” said Huffman late last week. He was cautiously optimistic. “It’s wait-and-see time, but we don’t have to wait too terribly long. We’re at the 11th hour.”

Crabbers headed to the Steele Lane Community Center in Santa Rosa on Dec. 3 to find out when the state would lift the closure on the Dungeness and rock crab fisheries because of high levels of the potentially fatal domoic acid.

The news was unsatisfying. “I don’t know when we will reopen,” said California Department of Fish and Wildlife director Charlton Bonham. He assured the crabbers that there would be constant testing going on through the month, and that Fish and Wildlife was “seeing good trends, but very highly elevated hot spots.”

In order to open the fisheries, state officials need to see average levels of domoic acid in crab viscera drop to below 30 parts per million for two weeks running. The levels are generally abating, but one Dungeness in the Channel Islands area had just been sampled at 1,000 ppm.

News of the very “hot” crab elicited a round of agitated murmurs from the room full of crabbers, which included Don Marshall, a member of the Pacific Coast Federation of Fishermen’s Associations.

“I agree, and the fleet agrees as a whole, that public safety is the main concern,” Marshall told the legislative panel comprised of Healdsburg lawmakers State
Sen. Mike McGuire and Assemblyman Jim Wood.

Marshall advocated for a uniform opening of the Dungeness season when it was safe to do so, and strongly rejected any consideration to open state waters based on local test results. “The crabs don’t abide district lines,” Marshall said as he urged lawmakers and officials to “approach this matter with extreme caution. We are in uncharted waters.”

Marshall is selling Christmas trees to get through the holidays.