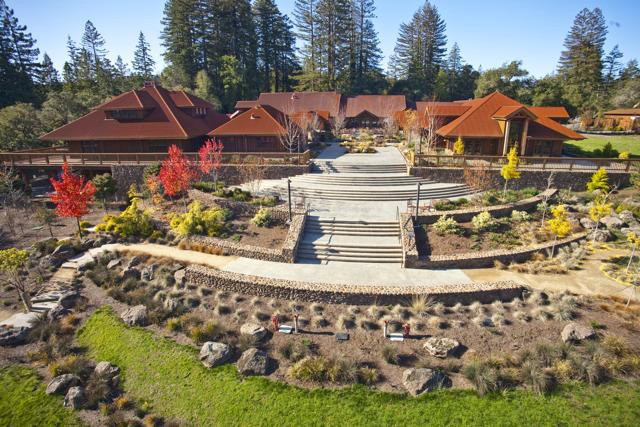 Sonoma County violated county and state laws when it approved a 60,000-square-foot expansion of a printing press at a Buddhist retreat in rural Cazadero, say a group of residents who filed suit against the county July 24.

“They need to have an [environmental impact report] to determine whether or not this printing plant should even be there,” says Coastal Hills Rural Preservation member Ward Anderson.

The county gave final approval to an industrial-use permit in late June; it allows for up to 122 people to live and work at Ratna Ling. The mission: print sacred Buddhist texts for distribution to Tibetan monasteries.

Opponents point to a dangerous combo: rural facility, many employees, small FD. “If you’ve got a fire, you’ve got 120 people heading in the other direction,” says Anderson. Access to the site is limited to one-way lanes in each direction.

Expect a fight in county court within six months. “Cases settle quite frequently, but there hasn’t been any discussion in this case,” says Ball. “The applicant and neighbors are very adversarial.”
—Nicolas Grizzle

After the outcry that followed Sonoma County supervisor Efren Carrillo’s April acquittal on a peeking charge, the supervisor will likely relinquish his role on the board of Sonoma Clean Power (SCP).

County supervisor David Rabbit recommended on Aug. 5 that Carrillo become the alternate to Susan Gorin, who remains the county’s representative in the multi-municipality SCP venture.

The vote was taken after our Tuesday deadline, but several factors pointed to its approval (an updated story can be found online at Bohemian.com).

The county needs to make room for Cloverdale vice-mayor Bob Cox, after that city voted to join SCP last month. Carrillo was appointed to SCP in February, but has faced numerous calls to step down.

In June, the Santa Rosa city council called for Carrillo’s removal after utility customers reported they were opting out of SCP because of him.

SCP spokesperson Kate Kelly says the decision doesn’t necessarily have to do with the controversy surrounding Carrillo. “If I had to guess, I would say that Susan Gorin is our chairwoman—and I think that it would be unlikely to unseat the chair,” she says.

Petaluma and Rohnert Park are the last holdouts to join SCP and have until January to decide. “We hear that both of them are going to be considering it later this fall,” says Kelly.—Nicolas Grizzle

A partnership between Sonoma County and the Sea Ranch Association resulted in just-reopened public access to Walk On Beach in the Sea Ranch area of coastal Sonoma.

The county negotiated with the homeowner association to forge an agreement wherein the
county moved part of its trail onto a Sea Ranch common area. The county will maintain the
trail for 20 years under the deal with the homeowners group.
—JoshuOne Barnes