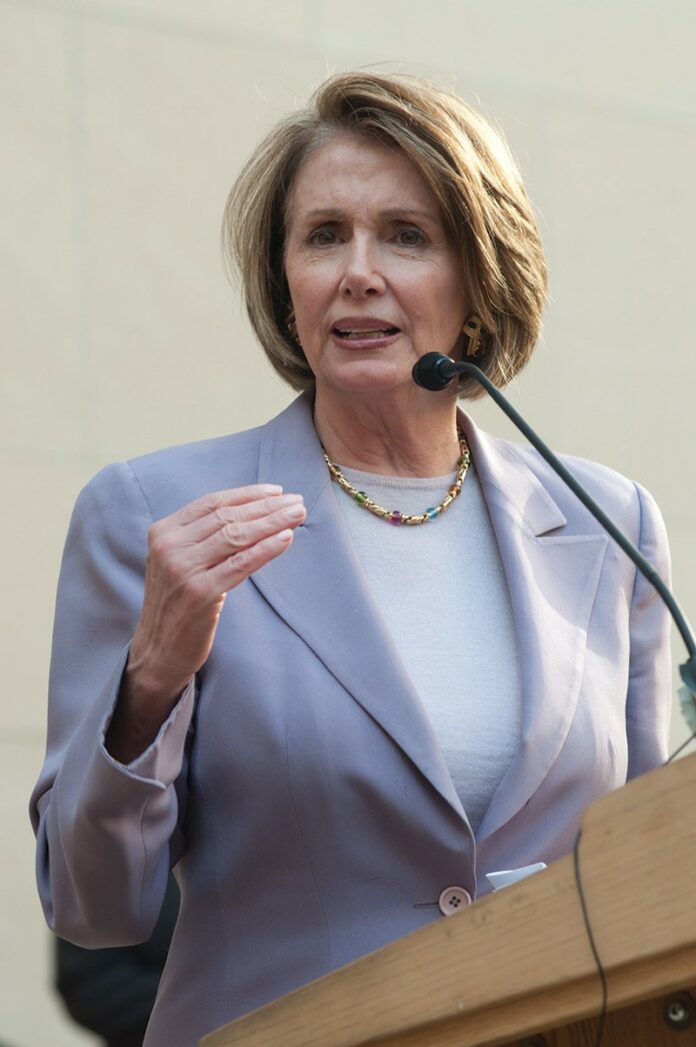 Pelosi not saying if she's ready for Hillary; naked on the freeway

“I hope she’s ready for it,” said Pelosi. The former house speaker was at a conference to support an economic agenda for women and families at Sonoma State University last Thursday morning. “It would be very exciting.”

Thompson, the only male on a six-person panel, was, by contrast, enthusiastically supportive of a Hillary run. “I’m very ready for it,” he responded to the question of “Are you ready for Hillary in 2016?”

The question prompted laughter from the audience and smiles from onstage, but it was a serious question that lingered after speeches by the politicians about how the U.S. can better support women. Income inequality remains an issue in 2014: women earn 77 cents for every dollar a man makes. Would a woman president change the tone of conversation around women’s issues? Would we even have Hobby Lobby–like cases in the Supreme Court?

The female panelists, local economic and governmental success stories in their own right, were mostly mum on Hillary. Only one panelist had a comment. She motioned to Pelosi and said, “If she’s ready, ‘yes.'” How’s that for commitment?

Despite over $8 million in the
PAC bank, Clinton hasn’t announced if she’s going to run in 2016.—Nicolas Grizzle

Sunday morning on Highway 101, a man in a pickup gets pulled over by a California highway patrolman in Petaluma. He is intoxicated and agitated. Then he gets naked and makes a break for it.

That’s usually a bad idea, and it was, despite the light traffic and pleasant weather. Foiled at the hands of the law, he went to the Petaluma hospital and then to jail.

For the naked guy in the 101 sun, there is motion in Washington to decouple mental health services from law enforcement entanglements whenever possible—so maybe you don’t have to get naked on 101 to get a proper psychiatric evaluation, or some lasting treatment. From reports, this was not Naked 101’s first time in the system.

The National Alliance on Mental Illness lent its support to the Helping Families in Mental Health Crisis act, which has numerous bipartisan cosponsors, including 10 from California.

There’s a truism in the mental health community that the mentally ill are far more likely to be crime victims than crime perpetrators. But Naked 101 is right up there with the occasional “crazy man with a machete” story that ends badly for the machete-wielder.

Murphy would lift some federal medical-privacy restrictions that otherwise limit family members from participating in the care and well-being of their relative, while expanding inpatient and outpatient treatment and emphasizing treatment over incarceration. His bill is making its way through the House.
—Tom Gogola