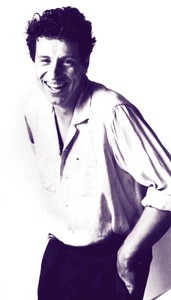 Love, Fair and Fowl: David Henry Sterry once traded money for love; now he tells his story in ‘Chicken: Self-Portrait of a Young Man for Rent.’

Talking ‘Chicken’ with David Henry Sterry, whose story took him from the streets to HBO

Clad in baggy, sea-foam-green parachute pants and matching thermal undershirt, David Henry Sterry floats down the staircase of his cozy San Rafael home, light as a butterfly on bare feet, impish smile beneath a tussled mop of silver hair, wearing exactly the sort of grin you’d expect to find on a guy who has slept with more than a thousand women.

Sterry is author of Chicken: Self Portrait of a Young Man for Rent, a critically acclaimed memoir of his experiences as a 17-year-old prostitute in Hollywood circa 1974. Published by HarperCollins in 2002, the story has since been picked up by the producers of HBO’s popular series Six Feet Under. As Sterry likes to say, “HBO is getting into the chicken business.”

Although he spent just nine months as a boy prostitute, or chicken, the business has been very good to David Henry Sterry, especially lately. The house in San Rafael, which he shares with his wife, and a gig teaching the art of book promotion at Stanford testify to that. But Sterry wasn’t always so comfortable talking chicken. Fear and shame kept him from mentioning his past to anyone for more than 10 years after he’d retired from the sex industry. In fact, Chicken was first conceived as a novel on the recommendation of his therapist.

“The book wound up in the hands of an agent,” Sterry explains. “We went out on a date, and the date really went well.” Before they got to know each other up close and personal, the agent had some questions, the kind necessary for survival in the HIV era. Have you had a lot of partners? Have you ever slept with a prostitute? She’d read the novel, not realizing it was based on Sterry’s real-life experiences. “As a matter of fact, I was a prostitute,” he told her.

She was one of the first people to whom he’d ever told the truth, and he expected rejection. Instead, the agent was intrigued, encouraging him to recast the story as a first-person confessional, the way it really happened. “It was her idea to write this,” he says. Nonetheless, Chicken‘s success has been something of a redemption for Sterry, 46, who struggled with the pain and guilt of his hidden past most of his adult life.

A large portion of Sterry’s pain came when he was young, growing up in Alabama. With his parents distracted by a bitter divorce, he enrolled himself in Immaculate Heart College at age 17, wrongly believing that the Los Angeles school had dorm facilities. When he arrived for the start of the fall semester, he was surprised to find himself temporarily homeless. Wandering the Hollywood streets, he met a tall man who offered him a place to sleep. In the middle of the night, the man overpowered the boy and brutally raped him.

Sterry fled and soon encountered Sunny, another man who offered him a place to stay. Sunny turned out to be a bisexual pimp, a mover and shaker in Hollywood’s underground sex-for-hire scene. He promised the young, good-looking boy in the skintight Rolling Stones T-shirt and what Sterry remembers as being “nut-hugging elephant bells” pants that there’d be no “funny stuff.” In other words, the rape would not be repeated. Sterry accepted the offer, and soon found himself schooled in the life by a master sex merchant. Sunny taught his fresh piece of chicken nine rules to live and work by:

1. Don’t be late
2. Don’t rip anybody off
3. Don’t speak unless spoken to
4. Be clean
5. Say as little as possible
6. When in doubt, say even less
7. The customer’s always right
8. If something seems weird, it probably is
9. Get the money up front

“Who wouldn’t want, in any job, to get the money up front?” Sterry laughs now. Many of Sunny’s conventions would stead him well in his straight career. “They’re like Boy Scout rules,” he smiles.

Sterry averaged four to five tricks a week, male and female. He had sex with the women but served only as a visual and verbal prop for his male client’s fantasies. Sometimes business was slow; other times, he performed for three or four customers on a single day. The pay was good, $100 minimum, always up-front.

“The work came in spurts,” he puns unintentionally. While the book focuses on his more notable tricks, the average client was a woman, perhaps a housewife or a professional in her 30s or 40s, who “just wanted a boy to be nice to them.”

“She was so unbelievably appreciative,” he recalls.

It helped that Sterry brought inherent chicken skills to the job. He’d discovered early in childhood a fondness for girls that evolved into an appreciation for women of all shapes and sizes. “I never had a sense of sexual right and wrong,” he writes in the book.

There is much joy in the sexual encounters described in Chicken, from the failed, comical efforts of a character named Gloria to achieve orgasm to the dreamy date with a hippie chick named Rainbow who taught him the mysteries of tantric sex. At the same time, there’s a dark undercurrent throughout the narrative that eventually forces Sterry out of the boy-for-rent business. Even at 17, it wasn’t hard for him to see that many of his clients were victims of sexually repressive attitudes still in effect today. Gloria stood out in particular.

“She’s not getting off in any way, and I look up and she’s staring miles off,” he remembers. “It was clear that somebody somewhere fucked her up. When you are a sex worker, you cannot help but download some of that damage.”

As he continued pumping himself up to be a self-described “loverstudguy” for his clients, his self-esteem drained out the ever widening hole in the bottom of his soul. Sterry believes that each of us has to discover where to draw the line between what we will do and what we will not do sexually. “In sex work, it’s even more crucial to know what you will not do,” he says. And increasingly, he found himself placed in positions where he was forced to cross that line.

“When you’re a sex worker, one thing I learned to do was look into peoples’ eyes and immediately figure out if I could hurt them or they could hurt me,” he says, fixing the interviewer with a piercing gaze. His twinkling hazel eyes seem to shut off momentarily as they bore in. Then they’re back on and it’s happy-go-lucky David Henry Sterry again.

The end of Sterry’s chicken career began with a woman who asked him to masquerade as her dead son. She vomited on him during intercourse. Then an older male client dubbed “the Walrus” in the book pushed Sterry over the line. The Walrus had paid $500 up front for services including verbal and physical abuse, but no sex. As the boy posed in a chair, the rotund, mustachioed client began sucking on Sterry’s hair. Sterry freaked out, punching the Walrus in the nose and destroying his elaborately furnished home.

“One thing I still horribly regret is what I did to that guy,” he says. “What I should have done is say, ‘Here’s the money back, I don’t think this is appropriate.'”

That, of course would have violated chicken rules three, six and seven. Being a hopelessly nonverbal teenager at the time, Sterry found those rules easy to live by. The decade-long silence on his rape and career as a prostitute was internalized as pure unadulterated shame.

“I wouldn’t tell anybody. I was terribly ashamed and embarrassed,” he says. The hole in his soul didn’t go away, it grew larger; and even though he went on to successful stints as a marriage counselor (dealing with the same problems, but keeping his clothes on and getting paid less), comedian, actor, screenwriter and even commercial pitchman, shame and guilt eventually brought him to his knees.

Fortunately, talking about it, performing standup comedy about it and writing about it turned out to be the cure, not just for himself, but for those who have similarly repressed sexual experiences in their lives.

“You cannot believe how many people come up to me after a reading or a show,” he says. “First they hem and haw a bit, then they’ll tell me about these horrendous things that have happened to them sexually.”

He sees Chicken, the book and the future HBO series, as part of the growing body of literature, film and television programming that challenge societal taboos that lead to such repression. For one taboo, there’s the notion that sex workers, who supply one of humanity’s most basic needs, are somehow subhuman.

“In our society, there’s no work that you can do that’s worse than being a whore,” he says. “Think of the nastiest thing you can say to someone: ‘You dirty, stinking whore!'”

Now, that sounds like a rule to love by.