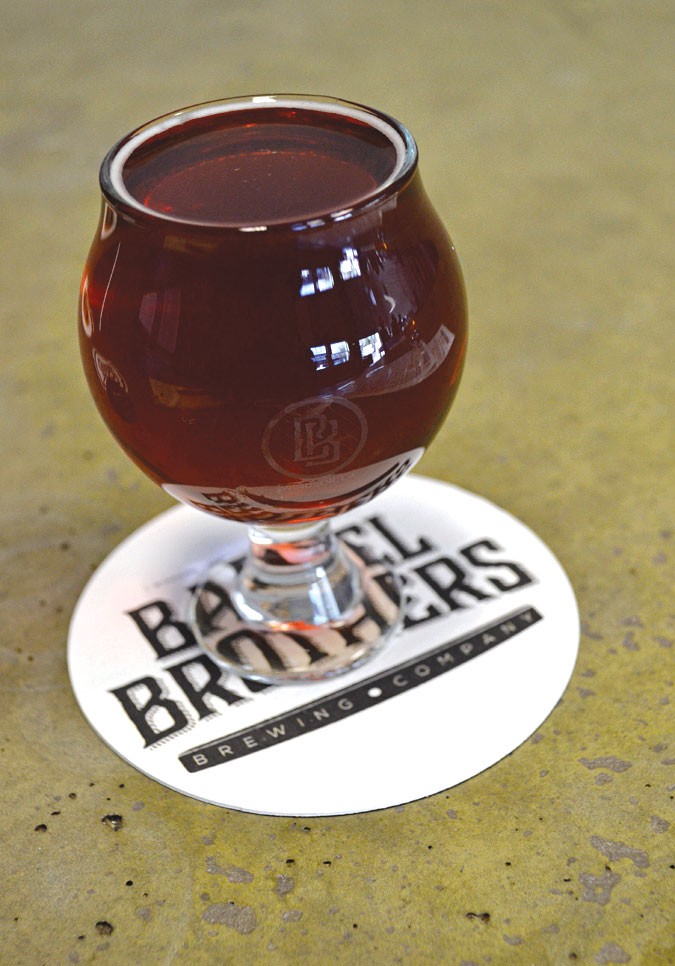 Location, location, location? No doubt that’s still a viable mantra in the domains of real estate and restaurants. But for breweries recently launched in the thick of craft-brew revolution 2.0, like Barrel Brothers Brewing in Windsor? Not really. It’s just about beer, beer, beer.

The Barrel Brothers have had no trouble tempting the thirsty to their out-of-the-way taproom, tucked in an industrial court behind a Home Depot and shared with discount flooring and auto shops. It’s actually a newer and somewhat snazzy industrial court. The taproom opens via rollup door, displaying ping pong and foosball tables in an area that the brewery expanded into in the fall of 2017. Originally, I’m told, brothers-in-law Wesley Deal and Daniel Weber planned a production-only facility, but opened a small tasting room to satiate thirsty and curious beer fans.

Don’t expect a brewpub—some of the only food on sale is jerky, but on the upside, your well-behaved pooch may crunch on similar treats while you sample the golden-hued Naughty Hops IPA, a lightly pine-scented IPA sweetened with a hint of caramel, or the floral March Fadness New England–style hazy IPA (a trend-chaser with a delightfully sardonic moniker).

The double IPAs here seem to mainly up the malt, not the hops, despite the roster on the helpfully info-heavy beer menu: at 9.5 percent alcohol by volume (ABV), Hello Dankness, My Old Friend is a strong-tasting IPA more reminiscent of ye olde barley wine. Before I drove away, I forgot to taste (perhaps fortuitously) a strong ale called Bamboozelry that claims to be 20 percent ABV!

The brewery’s flagship porter, Dark Sarcasm, is sold in bottles and cans in the brewery and on the market. At 7 percent ABV, it’s a slightly sweet, chocolate and coffee-inflected “meal in a glass” porter that hits the right balance between creamy and bitter. An alluring, tangy, barrel-aged version of this beer is called Black Velvet.

I wanted to like a sour, barrel-aged beer called Leatherbound Books (available by the bottle for $18), and I did—made with dried cherries, figs, dates, prunes and blackcurrants, and a host of funky bacteria, then aged for months in Pinot Noir barrels, it’s still as fresh tasting as a cherry cider or a young Beaujolais. But if it’s not quite as beguiling as the Duchesse de Bourgogne that it aspires to, well, just add time, time, time.