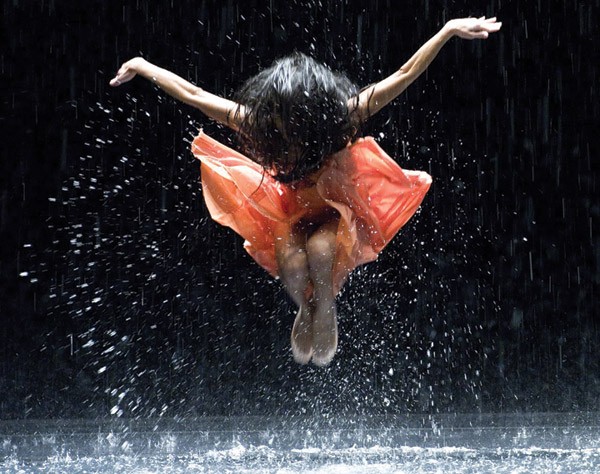 It’s one of the best films of 2011, but when one describes Wim Wenders’ Pina, it sounds like fodder for Saturday Night Live‘s “Sprockets.” The documentary is a cinematic festschrift for the German choreographer Pina Bausch, who passed away in 2009; it’s also an introduction, visible in superb 3-D, to her works.

Bausch’s choreography sometimes exhibits the German angst that looks deranged to American eyes. “This is veal!” screams a lone dancer in the courtyard of a factory; she then stuffs this raw meat into the toes of her ballet slippers. Meaning? Potentially, a note about the agony dancers endure to get en pointe.

Yet few dances outside of children’s ballets engage with a person in a hippopotamus costume. “I had a love affair with the hippo,” recalls one of the members of Pina’s dance company. Other dancers deliver their memories of Bausch straight to the camera, recalling vague yet penetrating advice: “You have to go crazier,” “She saw everything I was afraid of.”

From the evidence of Pina, we can see why they fell in love, despite what Bausch demanded from them. She led them through obstacle courses, a minefield of scattered chairs and sleeping drunks in the Café Müller piece. Bausch’s famed Rites of Spring is carried out on a peat-covered stage. The old vaudeville joke is that you never let the audience see you sweat, though it’s actually this sweat on the dancers which brings out the primeval mud in the Stravinsky.

We’re all supposed to be very worried about elitism in high art. Yet however rarefied it could be, Bausch’s art was all about hard work and ordinary pain. There’s even a kind of homeliness in the site-specific pieces, done in and around the city of Wuppertal’s famous aerial tram. One performance is marvelously staged on the edge of traffic, with T.J.Maxx and McDonald’s signs looming overhead.

‘Pina’ is now playing at the Rafael Film Center in San Rafael.