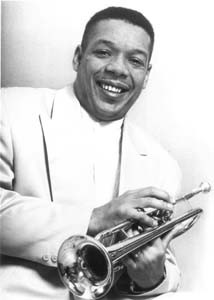 Band in the USA

THEIR NAME REFERS to a phrase unique to the Cuban way of speaking Spanish. And to read the press packet, you’d think that Cubanismo had invented Latin jazz. Of course, that would be the wrong assumption. Still this razor-sharp aggregate of Cuban all-stars–led by honey-toned trumpeter Jesus Alemany–has put its own accent on that genre. During the past four years, Cubanismo have played a major role in reviving that sizzling sound and exporting the embargoed island nation’s hip-shaking grooves to a world-music- savvy American public.

Cubanismo–which perform Wednesday, March 31, at the Luther Burbank Center for the Arts–is no mere New York salsa act. Instead, their music is rooted in the long-lost traditional form known as son, the big-band music of the ’30s and ’40s that has been described as being to salsa what honky-tonk is to country and western. In other words, the conventions are similar on the outside but far different underneath.

Alemany, 36, studied at Cuba’s Conservatorio Amadeo Roldan at 13, and joined the brass section of the legendary revival band Sierra Maestra, which helped awaken younger Cubans to their musical heritage.

With his own band, Alemany has created a powerful vehicle for descargas, or jam sessions, that allow players to kick back and blow while the grooves stay danceable. That has landed Cubanismo in the forefront of the Cuban music revival.

“I have a sound that’s been in my head since I was a child,” Alemany told Pulse! magazine in 1996. “I balance what’s happening on the street with the rhythmic, harmonic, and melodic strengths of our Cuban cultural identity.”