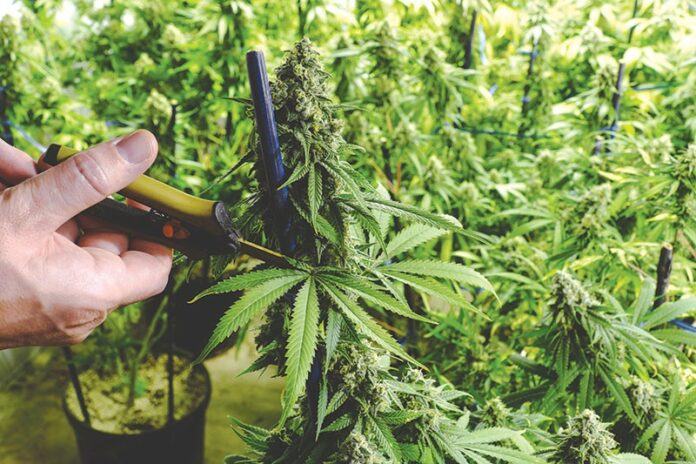 Cannabis harvest in Sonoma County lags a little behind grape harvest. Some outdoor grows have been harvested, dried and trimmed, and have already hit the market. The impact of the outdoor harvest on the market is already apparent, too, as prices for greenhouse cannabis (the stuff grown year-round) have dropped $400 per pound over the last two months.

Last week’s rain caused a bit of a panic among local cultivators waiting as long as possible to harvest. Heavy rain followed by the cool weather invites mold and makes drying more difficult and compromises quality. So almost all remaining outdoor cannabis grows were being hastily harvested last Thursday and Friday. If a few more people were missing from work late last week, you know why.

Meanwhile, in random conversations with three local cannabis-focused cultivation suppliers, all said 2016 sales were up 40 percent over last year. Why? There were more first-time growers, more established growers planting bigger gardens and an increasing awareness that nutrients can significantly increase per-plant yields. If a grower has a limit on the number, but not the size, of plants, then per-plant yields are a big deal.

Here are some field reports from local growers:

Any issues with a possible 30–40 percent increase in production? “It all seems to be going somewhere; not too many big stockpiles out there. Most everybody is still making money.”

“The heavy marine layers this summer were obvious. Our grows near the coast were small and had more mold problems. Sebastopol grows were OK, Santa Rosa was a little better than average, and the grows in Kenwood, Glen Ellen and up on the Sonoma Ridge were excellent. We also were much better fighting white powder [mildew] this year.”

“Everything was huge. It’s going to be a bumper crop for sure.”

“Jack is back. Everyone is growing Jack Frost or Jack [Herrer] crosses. . . . Jack is the new Blue Dream.”

“A lot of growers switched to strains [that flower earlier] this year. They want to harvest earlier. Also there was a lot more use of organic solutions to deal with the traditional problems of mold, mildew and spider mites.”

“We should know more about how it turns out in two weeks,” she said.

Michael Hayes works for CDB-Guild. Contact him at [email protected].