Because corporations are people, a Marin man argues that he may drive in the carpool lane with his corporation papers in the passenger seat. 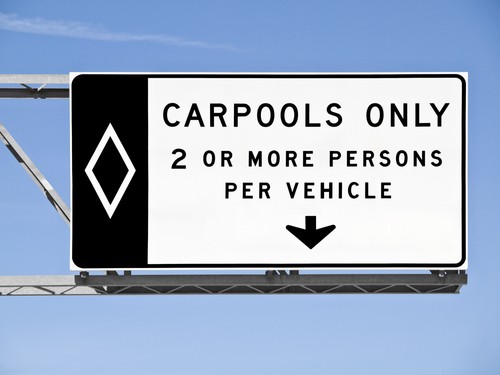 The idea that a corporation is a person, with all the rights and privileges of being human (but none of the indignations—like depression, ingrown toenails or chronic gas) is pretty ridiculous. That’s why it’s so great that Jonathan Frieman, a nonprofit consultant, is taking corporate personhood for a ride at a Marin County traffic court hearing on Monday, January 14.

Frieman was driving in a carpool lane last October, his only passenger being a stack of corporation papers in the vehicle with him. Frieman is now contesting the ticket on the grounds that since corporations are now considered people, than he actually did have someone else with him in the car, and therefore shouldn’t be held liable for the $478 fine.

“Corporations are imaginary entities, and we’ve let them run wild,” says Frieman in a recent press release. “Their original intent 200 years ago at the dawn of our nation was to serve human beings. So I’m wresting back that power by making their personhood serve me.”

Frieman’s hearing is scheduled for 3pm on Monday, and he says if his plea for corporate personhood is overruled, he’s not afraid to take his case all the way to the U.S. Supreme Court. Hooray for a move straight out of the Mr. Smith Goes to Washington playbook!