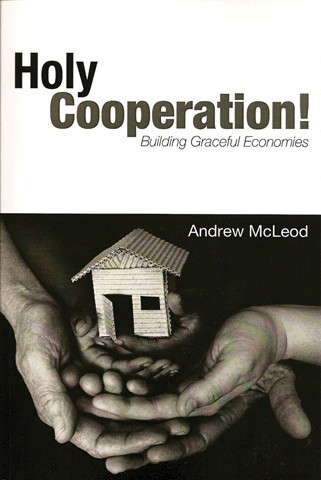 On Jan. 26, the Share Exchange presents a workshop on co-ops, focusing on worker ownership. Co-op developer and author of Holy Cooperation! Andrew McLeod will lead the presentation, which includes introductions to various cooperative forms and startups and envisions how Sonoma County could benefit from the unique business model. McLeod examines a cross-section of faith and cooperative economics, taking a hard second look at social practices that have fallen out of favor in mainstream business and religious circles. Sponsors include Summit State Bank, Alvarado Street Bakery, Community First Credit Union and others. Attendees are asked to bring their own bag lunch. The daylong workshop is on Saturday, Jan. 26, at the Share Exchange. 531 Fifth St., Santa Rosa. 9am–4pm. $40–$50. 707.583.7667.—Rachel Dovey

Cotati City Councilmember Pat Gilardi has accepted a job as district director for county supervisor Susan Gorin. Gilardi had served on the Cotati City Council for 13 years and won reelection last November, but the lure of working for Gorin—a $73,000 annual salary helps—proved too strong to resist. This leaves the city with another vacancy, the fourth in the past four years. Each of the other spots has been filled by appointment rather than special election, which could cost the city upwards of $20,000. This is by far the most positive of the four vacancies, however; other open seats being caused by campaign finance scandal, special recall election and a sudden, unexpected death. But it leaves the city with another new face to get used to, with a first-time mayor on the dais.—Nicolas Grizzle