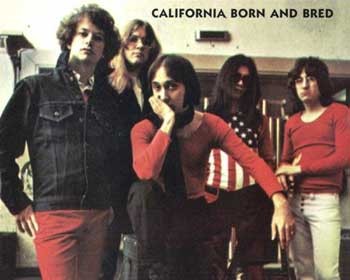 Children of Nuggets: Original Artyfacts from the Second Psychedelic Era, 1976-1995

I recently pitched a local radio program director the idea of a show constructed around 40 years of psychedelic music, from the classic rock of the Beatles, Pink Floyd and the Grateful Dead to such influential ’80s neo-psych bands as Green on Red to the born-again contemporary freak folk of Devendra Banhart.

The program director was underwhelmed.

For her, as for many, the term “psychedelic” conjured up horrifying visions of thundering power rock, à la Blue Cheer, the San Francisco-based proto-metal band that scored a 1968 hit with a psyched-up version of Eddie Cochran’s “Summertime Blues,” or the incendiary guitar solos of the Jimi Hendrix.

But psychedelic music has influenced three generations of music makers, and it remains a vital force within the rock, jazz and folk genres around the world.

The new box set Children of Nuggets: Original Artyfacts from the Second Psychedelic Era, 1976-1995 (Rhino) gathers 100 tracks on four CDs to chronicle some of the ’70s, ’80s and ’90s bands that emerged from the psychedelic matrix to form the core of the garage rock, dream pop, power pop and paisley underground scenes.

The scrupulously perfect Pink Floyd production of the Dukes of Stratosphere (actually the band XTC on a busman’s holiday); the jangle pop of the Bangles; the retro power pop of San Francisco’s the Flamin’ Groovies; the seminal dream pop of British rocker Julian Cope; the Neil Young-influenced alt-country psych of Green on Red; and the amped-up surf revivalism of Finnish musicians Laika and the Cosmonauts, are just a sample of the far-ranging bands captured on this essential collection.

The title is a nod to Nuggets: Original Artyfacts from the First Psychedelic Era, 1965-1968, the 1972 compilation by Elektra label chief Jac Holzman and Patti Smith guitarist and rock archivist Lenny Kaye. That seminal set gathered 27 tracks by such ’60s garage-rock bands as the Count Five (“Psychotic Reaction”), Chocolate Watchband (“Let’s Talk About Girls”) and the Standells (“Dirty Water”), most of which were one-hit wonders. In the original liner notes, Kaye coined the term “punk” to describe the ragged, raucous sound embodied by these bands.

That much sought-after collection helped launch a ’60s music revival and influenced the Talking Heads, REM and the Ramones, among others. It also spawned a host of imitators and, in the hands of Rhino Records, a series of reissues, expanded editions and sequels.

This latest incarnation of the Nuggets series packs plenty of punch.

Sure, there is a fair degree of pretension; the late-’70s Maryland band the United States of Existence (“A Scandal in Bohemia”) was built around the nerdish record-collecting duo of Paul Rieger and Bob Tiefenwerth—just check out those cool satin Nehru jackets on their publicity photo. But a band like the Britain’s the Godfathers (“This Damn Nation”) was informed by such surly post-Beatles John Lennon songs as “Cold Turkey” coupled with the fury of the Sex Pistols. The psychobilly of the kinky Cramps (“New Kind of Kick”) was nothing short of revelation when the band rose from the din of ’70s punk scene. The Dream Syndicate (“Tell Me When It’s Over”) remind us that Steve Wynn really is a genius. And the La’s legendary lone 1988 album, a beleaguered eponymous release represented here by the oft-covered “There She Goes,” remains the pinnacle of ’80s Brit power pop.

And the list goes on and on: the Lyres, the Smithereens, the Rain Parade, the Posies, Chris Stamey and the dBs, the Plimsouls, Primal Scream, Inspiral Carpets. A collection of authoritative essays, including a tribute to the late journalist Greg Shaw, who nurtured the psych revival movement through his Bomp and Voxx labels, brings an informed perspective to disparate bands of like vision.

Of course, there are the usual omissions designed to piss off the purists.

But Children of Nuggets is a supercharged, psychedelicized party set that could feed one helluva Friday night radio show.