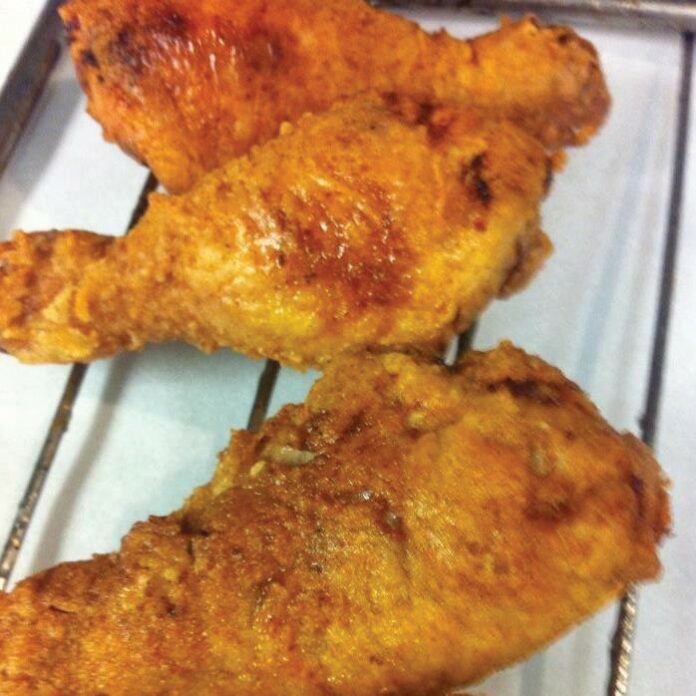 Food and Wine magazine just released its list of the ‘Best Fried Chicken in the U.S.’ (Momofuko Noodle Bar in New York City made the cut), but Santa Rosa recently got its own, albeit temporary, shot at the best fried chicken around, with the opening of pop-up restaurant Butcher & Cook. From now until Feb. 3, Fridays at Omelette Express belong to chef John Lyle and butcher Berry Salinas, who’ve been given free reign in the kitchen and dining area to serve their old-school, fried-to-perfection chicken meals.

According to Butcher & Cook’s Facebook page, $5 of every whole chicken sold is donated to charity. A fixed menu includes fried chicken, mashed potatoes and gravy, collard greens, coleslaw, biscuits and a revolving door of desserts, varying from sweet potato pie to apple crisp. Lyle, the cook behind the recent “Chosen Spot” farm dinners, which highlighted creations that came out of Luther Burbank’s experimental gardens, is dedicated to using fresh, Sonoma County-grown ingredients in the meals. A full supper feeds four and includes eight pieces of chicken, three sides, four biscuits and half a pie ($58). A half supper feeds two and, obviously, includes less pie ($35). Pre-orders are available by phone or online, for both takeout and dine-in. Butcher & Cook is open every Friday evening until Feb. 3, 5-8pm. 112 Fourth St., Santa Rosa. 707.205.6695.