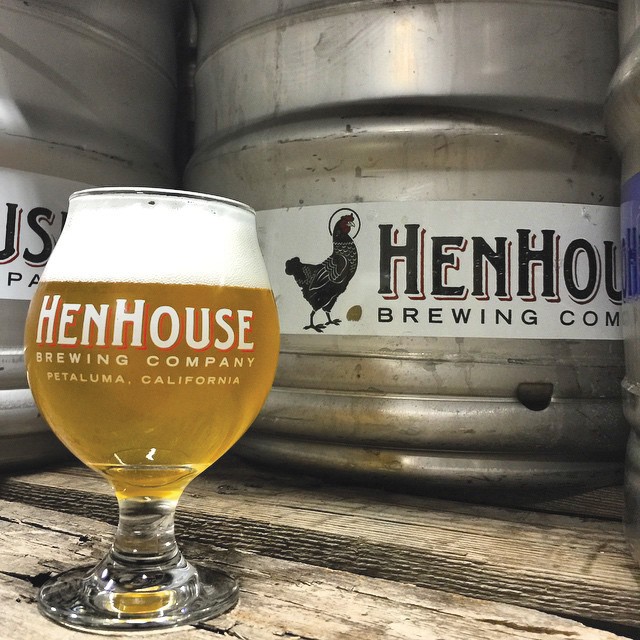 After a night in the softest sheets he’d ever slept in, Jake took a tip from the bellboy and headed to Aroma Cafe in San Rafael for an egg number called a shakshuka. He had trouble pronouncing it, but it sure was good.

On the way to Bolinas, Sir Francis Drake was clogged with bicycle enthusiasts—a real Tour de France scene. But it was smooth sailing after that, the Roadmaster lapping up the Shoreline Highway like a kitten drinking milk. Nice country, Jake thought, as the dark redwood forest gave way to ocean vistas. The kind of place a person could lose himself in.

Case in point, he realized after half an hour, he’d missed the turnoff to Bo-town.

Cursing his sloppy work, Jake pulled off the road to ask directions at a tidy little farm. Looking around for an Old MacDonald–type, he was surprised to find a bearded fellow in white spaceman rags walking toward him, like some kind of beatnik Flash Gordon.

“Yep. Keep on this road, it’s about 10 miles south of Point Reyes Station.”

“I just came from there. I didn’t see any sign for it.”

“Oh, you didn’t see it, all right,” the farmer said with a laugh. Bees were buzzing his head like Spitfires, but he didn’t seem to notice. “The locals take down the sign on the highway every time they put up a new one.”

“Are you blowing smoke?”

“It calms the bees.”

Jake narrowed his eyes. Farmer Flash was savvy. “I get the picture,” Jake said. Could be worse than beach bums and nature freaks, he thought. Sounds like Molly Pemberton had gone surfing in some murky waters.

Jake nodded toward a greenhouse. “Say, what’s this outfit here?”

“This is Heidrun Meadery. Come on, I’ll give you a taste.”

What the hell, it was almost noon. “Not bad,” Jake said, draining the glass. “What d’ya know—honey, with a kick.” That reminded him, there was a honey-blonde dame who needed finding. “Thanks for the hooch, chief.”

When Jake finally pulled into Bolinas, he circled through town and spied a likely place to start asking questions—some longhairs playing guitar on a dock. Just as he got out of his car, two dames in a Volkswagen bus zipped by in front of him, headed out of town. On the roof was a surfboard—mango orange. . . .

It’s nothing new to find a chicken-themed business in Petaluma, egg capital of the world, emeritus. It’s only slightly more surprising to learn that Henhouse Brewing Company, a three-year-old, 1,000-barrel operation in Petaluma’s burgeoning industrial “brewery district,” is run by three dudes—this is the craft-beer scene, after all. What’s great about Henhouse is how not-too-weird and actually really savory their signature oyster stout is, brewed with Hog Island oysters; how spicy, clean and refreshing their clove and banana-scented Belgian-style saisons are—and even though their “Big Chicken” is a belated nod to the double IPA category, the focus is on “food-friendly” beer in this arms-race era
of the ultra-hoppy. Here’s where the henhouse comes in: the brewery’s taps were made
from recycled wood from a certain Mrs. Schwarz’s old chicken barn. A black lager called “Mrs. Schwarzbier” is named in her honor. www.henhousebrewing.com.—James Knight

Up the road from bustling Point Reyes Station, where you can dine on gourmet food at Osteria Stellina or devour fine food at the Station House Cafe, there’s Tony’s Seafood in sleepy Marshall. It might not look enticing, but appearances can be deceiving. Probably the best time to arrive at Tony’s is Friday, community night, when folks who live along Tomales Bay gather to meet, greet, swap stories and feast on barbecued oysters. It’s only open on weekends from noon to 8pm, when folks get ready for bed. Weekenders from the city venture
inside and, if they’re lucky, a waitress will show them the menu that’s designed specifically for locals. Don’t worry.
Nearly everyone is local at Tony’s—
or can be with a smile and a willingness to share a table with strangers and act like old friends. On a clear day you can watch boats bobbing on the water or follow schools of sardines. The entrées might be a tad overpriced. The tables could be a bit cleaner, and the no-credit-card policy can be a hassle when you don’t have the cash, but there’s no place more authentic on Tomales Bay than Tony’s. 18863 Hwy. 1, Marshall. 415.663.1107.—Jonah Raskin

Best Brewery in a Winery That Has Wine in the Brew

And milk in the stout, did I mention the milk stout? Napa’s new City Winery, the West Coast outpost of a New York–based live music venue and fine-wine phenomenon with branches in Chicago and Nashville, puts the emphasis on its wine-on-tap system. Two rooms of kegs, one for reds and one for whites, feed taps with a choice selection of Sonoma and Napa wines. At the end of the hall in back, in a side room with a view of the Napa River, the brewmaster and assistant brewer preside over their own little seven-barrel world, controlled with a sweet touch-screen brewing system. But you can bet there’s wine in the beer: Chardonnay in the IPA, Sauvignon Blanc in the pilsner. None the worse for it, they’re crisp and zippy ales. Oh, and there’s milk in the stout. 1030 Main St., Napa.—James Knight

Bustling Fourth Street in San Rafael is chock-a-block with dining options up and down the value chart. And it can be a little tough to make the lunch call when you’ve got further business in town and need to chillax and collect yourself. Theresa & Johnny’s Comfort Food makes it easy with a dab of outdoor seating to lure you, and with its utility of menu, the wide array of diner staples, the total meltdown sandwiches, patties of meat and cheesy things, crab cakes and crispy fried French toast and all the rest. Theresa and Johnny’s nabs a feel-goodness award for its delicious and rich chocolate milkshake served in a big ol’ pint-style glass. You must order it with your midday repast and not after, and appreciate it as a beverage through the course of your luncheon outing. It should be the last bit of lunch left before you, and you should slurp that last bit before heading off, with authority, to that important meeting. You will want the comfort and power it provides to linger. And go ahead and dip your fries into the creamy-thickness of it, everyone does it. 817 Fourth St., San Rafael, 415.259.0182.—Tom Gogola

Vincent van Gogh used it as a muse for his paintings. Oscar Wilde sipped it as he wrote his plays. Ernest Hemingway found it when he first traveled to Spain and Cuba as a young adventurer. It’s been embraced, banned and mythologized to death—there simply is nothing like absinthe. The “Green Fairy” emerged sometime in the late 18th century in France, crafted by blending herbs and spices into an alcoholic concoction with strong licorice and mint flavors. I first saw the drink for sale outside the U.S. in 2007, though America has since loosened its ban on the import and sales of absinthe. Still, imported bottles of the heady, intoxicating alcohol are and expensive. Your other option is to take the DIY approach and make it yourself. Luckily, your homebrew will be easy to assemble and even easier to acquire. Start with your favorite bottle of hard liquor. Vodka works well, but grab some Everclear if you’re nasty. Pour it into a big old jug. Then head over to Rosemary’s Garden in Sebastopol for your herbs and spices. Wormwood, hyssop, calamus root, fennel seed, cloves, coriander and nutmeg can all go in it. Grind the seeds and roots with a mortar and pestle. Steep the herbs in the alcohol for two weeks, strain, and then add some mint and anise extract to taste. Without this, you’ll have some bitter stuff. Pour the drink into a glass with an ice cube, place a slotted spoon or fork over the glass, set two ice cubes on it and pour cold water over the cubes very slowly so they dissolve. Drink it up, and say hello to the fairy for me. 132 N. Main St., Sebastopol. 707.829.2539.—Charlie Swanson

Best Place to Discover a Passion for Wine

Did you know that in the Napa Valley, you’re never more than 150 feet from a person who’s discovering a passion for wine? Strange but true, or so they say. In fact, Napa Valley plays host to the world’s highest concentration of persons overcome by an intense passion for wine. Not according to social scientists, Napa’s unique terroir creates the perfect conditions for wine passions to develop within the unique microclimates of the imaginations of susceptible individuals—those unburdened by financial concerns are especially at risk. Hailing from backgrounds as diverse as banking, law, banking, banking and banking, affected persons may eventually adopt a firm belief that wine is made in the vineyard, followed by a conviction to make wine that rivals the best of Bordeaux, ultimately in a Tuscan-style villa. Not mathematically speaking, wine passion is increasing at a rate where delta equals Mondavi plus 1976 squared by Pritchard Hill—but experts say the situation could worsen. Next time you’re in Napa, that’s not the wind you hear sighing. Someone is experiencing a passion for wine. Somewhere near St. Helena.—James Knight

Best Use of the Words ‘Free’ and ‘Beer’

Not only is the sidewalk sign in front of Jack & Tony’s in Railroad Square one of
the most photographed objects in the neighborhood, it’s a perfect example of how to get the attention of passersby with a head-turning offer, then make them laugh when they realize they fell for one of the oldest gags in the book. Best seen at a distance.
115 Fourth St., Santa Rosa. 707.526.4347.—David Templeton