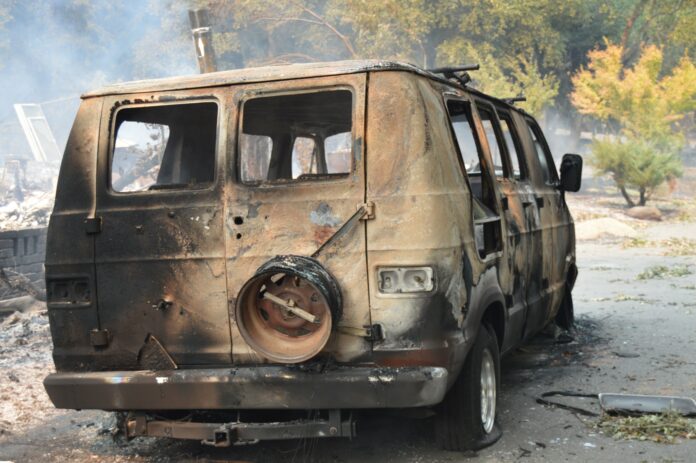 Cal Fire issued a statement and report today identifying a private power system—and not PG&E—as being the culprit in the deadly 2017 wildfire. Sen. Bill Dodd released a statement of his own saying that the Cal Fire finding shows that everyone needs to up their fire-prevention game in the “new normal.” For PG&E this is a rare bit of good news; the utility was found to be the culprit in a dozen of the 2017 fires that swept through California and has recently been swept up in bankruptcy talk over its estimated $30 billion insurance exposure associated with the fires. Here’s the press release from Cal Fire and a link to their investigation:

Sacramento – After an extensive and thorough investigation, CAL FIRE has determined the Tubbs Fire, which occurred during the October 2017 Fire Siege, was caused by a private electrical system adjacent to a residential structure. CAL FIRE investigators did not identify any violations of state law, Public Resources Code, related to the cause of this fire.

The Tubbs Fire in Sonoma County started on the evening of October 8th, 2017 and burned a total of 36,807 acres. Destroying 5,636 structures and resulting in 22 civilian fatalities and one firefighter injury.

In total, the October 2017 Fire Siege involved more than 170 fires and burned at least 245,000 acres in Northern California. Approximately 11,000 firefighters from 17 states and Australia helped battle the blazes.

CAL FIRE investigators are dispatched with the initial attack resources to the wildfires in CAL FIRE jurisdiction and immediately begin working to determine their origin and cause.

Californians must remain vigilant and take on the responsibility to be prepared for wildfire at any time throughout the year. For more information on how to be prepared, visit www.readyforwildfire.org or www.fire.ca.gov.