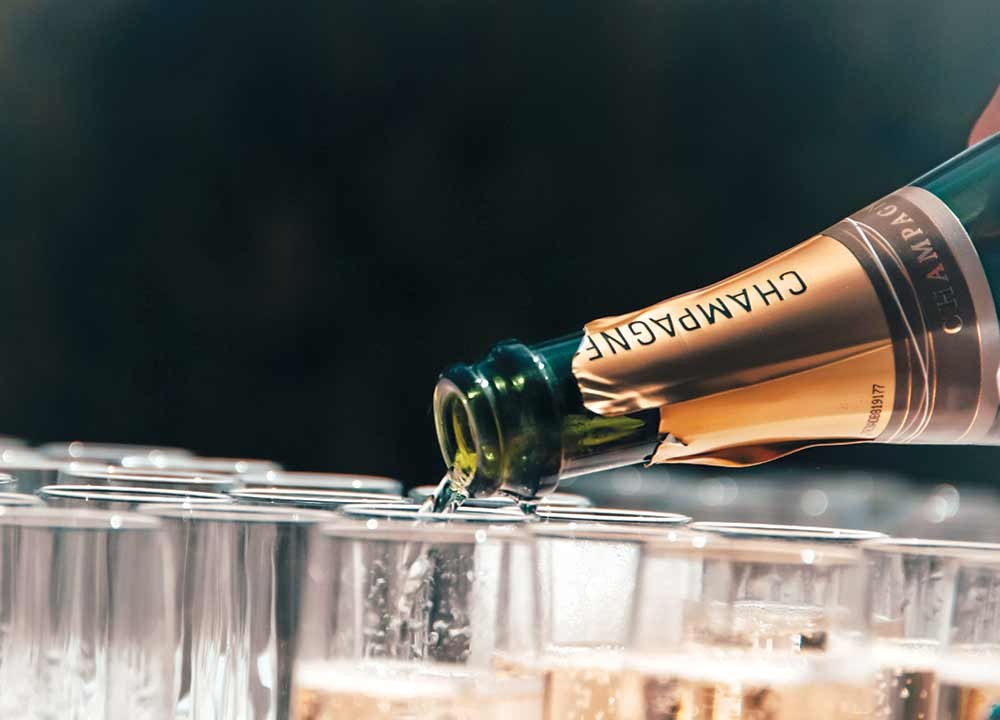 When raising a glass to toast Earth Day reaching its half-century mark, wouldn’t it seem apropos to fill one’s glass with a thematically on-point wine? Something green, maybe? Is there such a wine? Reds, whites and occasional orange wines, we’ve heard of, yes—but green? Do they exist and who would drink such a wine besides a Dr. Seuss character?

It turns out green wines are everywhere—that’s, of course, “green” in the eco-friendly sense of the word. Some are even sparkling. In fact, the éminence grise of sparkling wine, Champagne (that’s with a capital C, mind you), the eponymous sparkling-winemaking region in France, is at the forefront of the movement to take an environmentally-responsible approach to their craft.

They had to—the changing climate directly impacts the Champagne region. Harvest seasons now regularly arrive early and winemakers have adapted accordingly. To wit, nearly 20 years ago, Champagne was the first wine-growing region in the world to implement a plan to address the changing climate.

“Climate change is a reality that Champagne growers and houses increasingly must take into account,” says Jennifer Hall, director of the Champagne Bureau, USA.

Located in Washington, D.C., the Champagne Bureau is the U.S. representative of the Comité Champagne, France’s trade association representing the region’s grape growers and houses.

“As such, the region is committed to sustainable development and seeks to do its part to reduce its environmental impact and protect the unique terroir of Champagne,” Hall says.

Champagne’s milestone achievements are worthy of popping a few corks themselves. Since conducting a carbon-footprint assessment in 2003, Champagne’s sustainability efforts have resulted in a 20-percent regional carbon-emissions reduction. The hope is that, by 2050, carbon emissions will be reduced to 75 percent of the 2003 benchmark. Presently, 20 percent of the region’s vineyards hold an environmental certification, a number they hope to raise to 100 percent by decade’s end.

Interestingly, a change that resulted in an emissions reduction of 8,000 tons of carbon dioxide (or the equivalent output of a fleet of 4,000 automotive vehicles) wasn’t achieved through mitigating some aspect of the winemaking process, but rather by subtly changing the bottle that contains the finished product.

In 2010, after five years of experimentation, the Champagne region lightened the weight of each bottle to limit the impact of packaging and transport-related CO2 emissions. Working with glassblowers, they shaved 65 grams off the weight of the formerly 900-gram bottle, which is basically imperceptible to everyone—except maybe the earth.

Next ArticleLetters: Step Off the War Path