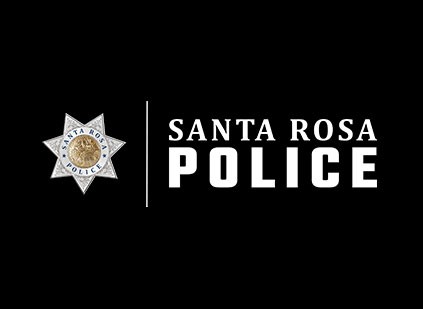 A video posted to Facebook Wednesday appears to show a law enforcement dog biting a handcuffed Santa Rosa man on the side of Highway 101 north of Healdsburg.

The 22-year-old man, Undra Moore, is a suspect in a May 27 shooting near Challenger Way in Santa Rosa, according to a Santa Rosa Police Department press release published Wednesday night.

Law enforcement officers from the Sonoma County Sheriff’s Office and Santa Rosa Police Department chased Moore, who stopped his vehicle after Sheriff’s deputies punctured his car’s tires with a strip of road spikes placed on the roadway north of Healdsburg, according to the press release.

After his car was stopped, Moore attempted to flee on foot, according to the press release.

“An SRPD K-9 Officer was on scene with his K-9 partner Riko; Riko was deployed and was able to apprehend Moore a short distance from the vehicle… The officer struck Moore several times with his hands and using his K-9 was able to take Moore into custody,” the press release states.

The bystander video begins towards the end of the interaction described in the press release. Moore is seen lying face down in handcuffs on the side of the road. A Santa Rosa Police Department K9 dog, Riko, appears to bite Moore’s leg as Moore screams in pain.


Two women, one filming the arrest on her cell phone, are standing nearby Moore and the police officer when the video begins.

The video shows that Riko, the police dog, temporarily escapes his handler’s control. The dog runs towards Moore, who is still lying on the ground. The police officer runs after the dog and secures it again.

Soon after, a Sheriff’s Deputy arrives on the scene, pointing a gun at the bystanders, telling them to back away.

The Santa Rosa Police Department’s press release states that Moore was taken to a local hospital to be treated for the dog bite wounds. Moore was booked for attempted murder, robbery, vehicle theft and other charges.

One of the women shown in the video standing near Moore and the officer was cited for obstructing a law enforcement officer. She was later released, according to the SRPD statement.

Jesus Mendez, who is a suspect in a May 14 shooting at Andy’s Park in Santa Rosa along with Moore, was riding in Moore’s car at the time of Moore’s arrest on Wednesday. Mendez was arrested and released on Tuesday in relation to the shooting, according to the SRPD statement. He was arrested again on Wednesday for violating the conditions of his prior release.

The video of the incident—which had 30,000 views by Thursday morning—comes amid nationwide protests against racism and police brutality. The video also reminded some viewers of another recent Sonoma County arrest involving a law enforcement dog.

On April 4, a dog from the Sonoma County Sheriff’s Office bit Jason Anglero-Wyrick, a Graton resident, for over a minute. A bystander video of that incident shows that the dog, Vader, continued to bite Anglero-Wyrick after he was in handcuffs, lying on the ground.

Sonoma County District Attorney Jill Ravitch originally pressed charges against Anglero-Wyrick but, in early June, as nationwide Black Lives Matter protests sprang up, her office dropped the charges citing a lack of evidence. A review of the incident by the Santa Rosa Police Department has not been completed.

In a statement released on Monday, California Attorney General Xavier Becerra called for changes to California law enforcement agencies’ use of dogs.

“All agencies should discontinue the use of ‘find and bite’ and ‘bite and hold’ techniques and instead implement ‘find and bark’ or ‘circle and bark’ techniques, where canines are trained and deployed to alert by barking, rather than biting a suspect as a first response, and then circling and barking until the handler takes control,” Becerra stated.