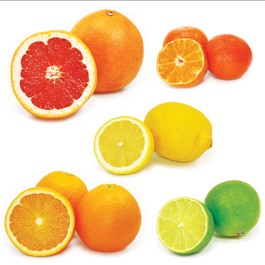 Getting ready for the second-coming of fruitcake


I spied it the other day, proof positive that fruitcake is coming back in fashion. Oh, it wasn”t called fruitcake. It was called Torta della Frutta, and it was made by a company called Gianna’s. But I wasn’t fooled. Especially after I picked it up and felt its solemn, solid weight. Oh yes, this was fruitcake, all right.

It’s about time. It’s been a long spell of jokes about how there’s only one fruitcake in the world that just keeps getting passed around. For decades, we in the know have been smiling politely at the alleged witticisms about how fruitcake makes a good doorstop or how dangerous it is to drop one on your foot.

But savvy saveurs know better. We shun green cherries as the unnatural abominations they are, we understand that “macerate” has nothing to do with chewing or self-abuse, we candy our own lemon and orange peel and we know better than to squander the fruits and nuts of our labor on Philistine palates that can’t appreciate the subtler flavors. Fruitcakes are elegant, costly, labor-intensive creations that, properly made, evoke the very soul of luxurious abundance, well-spiced richness and boozy joy. Making one is an exercise in craftsmanship and, like making your own pie crust, is a satisfying foray into the overlapping territory between cooking and self-righteousness. What’s not to love about that?

If you’re up to the challenge, here are some things to know:

— Start now. This is an important part of fruitcake construction: you must plan ahead, like the frontier women. You want to give your cakes ample time to age in liquor, to let their flavors mellow. As those saintly Rombauer women tell us in The Joy of Cooking, “When [these cakes] are well-saturated with alcoholic liquors, which raise the spirits and keep down mold . . . they have been enjoyed as long as 25 years after baking.” That must require foresight.

— Pick a recipe that calls for a lot of eggs. The richer the batter, the better the cake.

— Real fruitcake has nothing to do with those $2.99 plastic tubs of radioactive fruit that appear on display tables in the produce section each October. Those are only good for reminding you that it’s time to head to the health food store and spend some serious cash on organic dried fruits and delicious nuts.

— The fruit and nut mixture is very important. My personal favorites: prunes, apricots, figs, candied ginger (in polite quantities), pineapple, pecans, hazelnuts and Missouri black walnuts. Avoid raisins and currants; in my opinion, they make the cake taste scorched. If you have a recipe that calls for citron or candied cherries, just substitute real dried fruit pound for pound—fearlessly.

— It is worth it to candy your own lemon and orange or tangerine peel. This is done by blanching the peel repeatedly, starting with cold water each time, until it looses its bitterness, then adding two parts water and one part sugar to the peel and cooking it down to a syrup.

— Spare the hooch, spoil the cake. The best recipes call for macerating (that’s Latin for “soaking”) the chopped fruit and nuts in alcohol for a good 24 hours before baking the cake. In my experience, brandy, cognac and rum go with everything; bourbon is really distinctive. Some people use wine or port. Whatever you pick, you’ll also brush the cake with it once a week, which means you’ll probably drink it at least that often, so make sure it’s something you like.

— After you’ve liquored up the fruit and nuts, make a decadent batter using real butter and some interesting bouquet of spices and flavorings (possibilities include espresso, cardamom, cloves, almond extract and even rosewater). Mix it all together, pour it into wax paper-lined tube, bundt, loaf or mini-loaf pans, and bake the suckers at a low temperature with a shallow pan of water in the bottom of the oven to keep them from drying out over the long baking time.