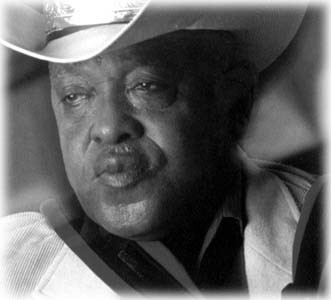 All Bark and Plenty of Bite: Boozoo knows.

Boozoo fires up the Powerhouse

LET’S GET something straight. Boozoo Chavis, 66, is the undisputed King of Zydeco–no ifs, ands, or buts. Second, talking to the colorful, immensely likable performer on the phone from his home on Dog Hill in Lake Charles, La., is a surreal experience, to say the least. For instance, there’s that thing about the racehorses. He’s got a few–NRBQ sang about them in the 1989 tribute “Boozoo, That’s Who”–but Chavis is reluctant to talk about them because he doesn’t want people to think he’s rich.

Of course, he’ll spend a solid five minutes talking about the fact that he doesn’t want to talk about his steeds.

And then there are the dogs, the four-legged kind–or maybe he’s talking about ugly women, it’s so hard to tell. “We have so many dogs on Dog Hill, that’s where it got its name,” he explains in a molasses-thick Louisiana accent. “They used to have all the pretty women there on Dog Hill. But they don’t got no more now. There’s just one, that’s all they’ve got here. There ain’t no more dogs and there ain’t no more women on that hill. They’re all married and the dogs are all scattered away. The dog man came and picked ’em up. But I’ve got one here.

Indeed, he does. Chavis is an American original. He started playing local barn dances at age 16, blending the blues and Creole music to fashion a red-hot zydeco hybrid. He later ventured on to the Louisiana/East Texas “Crawfish Circuit,” rivaling the reigning King of Zydeco, Clifton Chenier, for recognition as the first to popularize the genre. Back in 1954, Chavis even recorded the first commercial zydeco single, “Paper in My Shoes,” a hit record that sold 100,000 copies and featured his high-octane button accordion and growling vocals driven by a pumping, bass-heavy beat.

“There’s a tradition there,” he says. “But it’s automatic. People ask how I do this or how I do that. It comes automatically. The music comes straight from me–it’s got a beat with it,” he adds.

In 1984, Chavis came storming back on the then-burgeoning Cajun/zydeco scene, which was rapidly diffusing into progressive and traditional camps. He released a successively fervent series of recordings on the Maison de Soul and Rounder labels. The 1987 death of Chenier served to renew interest in Chavis, a staunch zydeco traditionalist. In 1994, acclaimed music documentarian Robert Mugge (best known for 1991’s Deep Blues) went behind the scenes and captured the competitive spirit of the supposedly laid-back southwest Louisiana music scene with The Kingdom of Zydeco. It chronicled a zydeco shootout for the crown vacated by Chenier. It also used the rivalry between Chavis and upstart Beau Jacques to underscore the musical rift between old-timers, like Chavis, and those young lions who infused their spirited sound with rock, pop, and even rap.

Of course, there never really was any serious doubt about Chavis’ status. “We all know who the King of Zydeco is,” he says. “I don’t need no crown–it’s all in my fingers and in my head. You know, I’ve got some knowledge in that old gray head. I’ve got some stuff up there that you’d never realize.”

Believe it. His 1991 eponymous major label release on Elektra Records’ short-lived American Explorer series drew rave reviews. And Chavis’ most recent outing, Hey Do Right (Discovery), reveals just how deep his bag of tricks really is. These days, he’s at his creative peak, playing and writing better than ever. “Some people think that because I got old, I can’t play no more,” he sniffs. “Shit. Old ain’t got nothing to do with that.”

On that note, we’re back to talking about his travels, his hometown, and those damned dogs. “Lake Charles is a nice place to live, though it could be better,” he concedes. “But I really like Baltimore and Iowa, where you don’t have nothing but corn on every side of the road. I love that. I can’t stay in town. Don’t pen me up!–because if you do, I’ll bite you. Don’t jam me. But Lake Charles is all right–it’s just like everywhere else.

“And it’s real nice in [neighboring] Lafayette–it’s holy. Those people have holy land. Crawfish got soul over there. Crawfish is over here, too. But they got some dogs around the crawfish, you know. Two-legged dogs . . . “