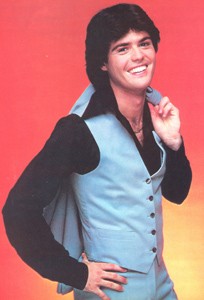 The KNOB goes Bobbing for listeners

For those who’ve always wanted to be on a first-name basis with a local radio station, meet Bob. Well, actually he’s not a station, exactly, just a format. And he’s got a lot of company, all across North America: Jack is the most common name, but there’s also Sam, Dave, Ben, Ed, Charlie, Mike, Max, Doug and the sole female representative, Alice.

“I think it’s hilarious that people think a brand-new format only has to be one name to be a winner,” laughs independent media observer and investor Robert Unmacht. He sees the mono-monikered station as “just oldies aimed at 35- to 45-year-old” listeners. Conventional oldies stations, which concentrate on music from the 1950s and ’60s, now attract listeners in the “55-plus” age group, Unmacht adds.

By whatever name, these stations are trying to court listeners by reversing the trend toward ever tighter play lists that has stifled commercial radio for at least a decade. “Many Jack stations are playing more than a thousand songs, whereas in format radio, the numbers tend to be much smaller,” often 350 or less, explains Fred Jacobs, founder of the national radio consulting firm Jacobs Media.

“The oft-asked question in format radio is, ‘Does that song fit the format?’ Jack really blows that all up,” he continues. “The essence of Jack is to create train wrecks, songs that don’t really go together very well, which creates that element of surprise and unpredictability, which makes them sound very different from format stations, which is what they’re going for.

“But there may come a point when hearing Judas Priest into Donny Osmond gets tiresome, if not completely annoying,” he assents.

One of the earliest manifestations of this now-burgeoning trend, Alice, spread from Denver to five other markets, including San Francisco. But it wasn’t until Bob hit town last June that Sonoma County got familiar with the first-name format. Found at 96.7-FM on the dial, the format was “flipped,” in industry jargon, from “the Tool,” a hard-rock channel that was in turn preceded by a much softer classic-rock format. The former call letters, KTOL, were also dumped as part of the Bob-ification of the station to the punchier (and rhyming) KNOB.

KNOB is one of four Santa Rosa stations owned by Sinclair Communications (not the ultraconservative television group), which also has various stations in Norfolk, Va., and Austin, Texas, including a Bob-FM in each market. Although the format was first created at a station in Vancouver, B.C., Bob in Norfolk “was the first one in the United States, which launched just before we did,” says Dean Kattari, operations manager for Sinclair’s Santa Rosa stations. “We were definitely first in the pool.”

That’s confirmed in a recent analysis by Paul Wright in the online newsletter Mediaguide, which points to a pair of Jacks in Dallas and Denver as the very first in the country. By early May, Wright tallied 20 such stations, and more are climbing on every week.

Kattari claims that Bob draws from a music library of some 3,000 songs, “nine or 10 times what a standard radio station has.” Not all are played equally. “We rest a lot of things” to keep them fresh, he adds. Still, that pales next to sister station KRSH 95.9-FM, which may have 4,000 to 5,000 songs available at any given time.

With the Bob format shared among three Sinclair stations, “everything kind of starts out there in Norfolk,” Kattari says, “but we do some tweaking here to make it more California-friendly. San Francisco is completely different than being on the East Coast, so the ’60s and ’70s stuff is tailored to what was a hit here.”

Bob’s slogan, “We play anything,” is perilously close to Jack’s “We play what we like,” which in turn has become the slightly derisive catch-all used by some radio programmers to describe the Bob/Jack stations. That underscores the considerable commonalities among these stations, even as each tries to offer its own version of the concept. Fred Jacobs cracks that rather than Bob and Jack being akin to Coke and Pepsi, “it’s more like Taurus and Sable,” the Ford/Mercury automotive clones.

“The Jack folks would tell you that there’s a lot of difference between their package and everybody else’s,” adds former Billboard radio editor Sean Ross, “but what’s at the center is pretty much the same: rock for women, songs you haven’t heard on the radio for years and a variety of relatively safe music as a hook.”

KRCB news director Bruce (Robinson) first took to the airwaves as a 16-year-old jock in 1968.