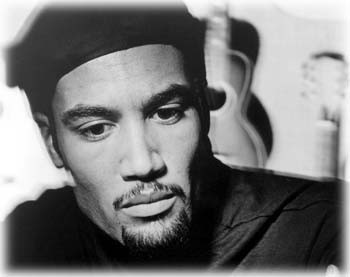 Ben Harper’s will to live

IT’S THE NEXT STEP,” says Ben Harper, while discussing the songs on his latest disc The Will to Live. “It’s like crawling to walking to running to flying. Those are tough steps from one to the next.” If the buzz surrounding this album is any indication, Harper and his band the Innocent Criminals have taken off in fine style.

From the electrifying “Faded” to the gems “Roses from My Friends” and “Glory & Consequences,” Harper again is pushing through the envelope of his musical vision. The disc is drawing rave reviews and–cringe–prompting comparisons to folk-rock icon Bob Dylan and reggae superstar Bob Marley.

Of course, to hear Harper explain it, this album is just part of an ongoing musical evolution. “I can’t keep making records like Welcome to the Cruel World,” he says, referring to his bluesy 1994 debut. “I could, but I would never want to, because that’s the challenge of making the records that I make. They are not in one particular rhythm. It goes in different rhythms and movements in each record, song to song, extremely.

Likewise, listeners can interpret them for themselves. “You can really hear into them quite well as far as what was going on either in my life, in my head, or in my heart,” he explains. “It really doesn’t matter, when it comes down to it, if it was something I lived through or something that I saw someone live through or something I read about. That doesn’t matter; it was just an emotion at the time that was musically inspirational to me.”

The songs that appear on this, his third release, were written during the band’s nearly two-year tour to support Fight for Your Mind. That tour took them from north to south, from the United States to such faraway places as Turkey and New Zealand. Along the way he’s been playing to a legion of fans that are hip to Harper’s sound. “The crowds have been really, really receptive, excited, and know the music. It’s a great joy to travel around the world and hear different languages sing the lyrics,” he says.