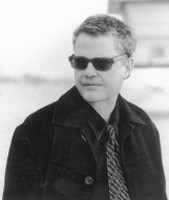 Ever Onward: Charlie Haden’s only constant is surprise.

When Charlie Haden takes the stage this Saturday with his Quartet West at the Healdsburg Jazz Festival, he’ll pick up his upright bass like he has countless times before and focus on the same goal that has propelled his performances all of his life.

“My approach to playing,” the 68-year-old jazz legend explains from his home in Los Angeles, “is always to find the most beautiful notes you can find, to put your life on the line for every note you play, don’t play anything you don’t mean. And always have the listener in mind, to give them something that’s going to touch their lives in a positive way.”

Beautiful notes seem to come easily to Charlie Haden, even in the unlikeliest of settings. As a key member of Ornette Coleman’s historic early ’60s quartet, which turned the jazz world on its ear with shocking, free-form playing that came to be described as “the new thing,” his strong, resonant bass melodies were like hidden gems underneath Coleman’s wild, piercing improvisations. In the years since leaving Coleman’s famed group, Haden’s many melodic gems have been unearthed to shine in a staggering variety of settings.

The Quartet West, now in their 20th year, showcase a classic bop-era aesthetic, and their evocation of a bygone jazz-noir era has often been dubbed “nostalgia,” a tag that Haden insists misses the point. “I don’t know if there’s a word to cover what I project with the quartet as far as my feelings are concerned,” he says. “It’s not really nostalgia; it’s a combination of a lot of different feelings. It’s remembering things, it’s wishing-that-I-could-be-there things, it’s appreciating writers, directors, actors, even architecture.”

Haden was not always surrounded by such a metropolis. Born in Shenandoah, Iowa, he grew up playing and singing music every day with the family’s traveling hillbilly band, “going from radio station to radio station,” he says. “We sang every day on the radio; we had a show in the morning and in the evening until I was 15.”

But a love of jazz pulled him west to Los Angeles, and Haden came at the right time: Charles Mingus had just left town, opening abundant opportunities in Central Avenue clubs for bass players. “I arrived in L.A. in 1956,” he recalls, sounding smitten as ever, “and it was fascinating to be here in the late ’50s. So many musicians.” Haden was soon playing constantly, and in three short years he had recorded an album with Coleman called The Shape of Jazz to Come, thereby writing himself into avant-garde jazz history.

The only constant in Haden’s ever-unfolding career is surprise. He has made duo recordings with Hampton Hawes, Hank Jones and Pat Metheny. He has led a large ensemble, the Liberation Music Orchestra, performing leftist-patriotic anthems like “Song for Che” and “Not in Our Name.” He has recorded contemporary Mexican ballads with Gonzalo Rubalcaba, jazz-with-strings with Michael Brecker and yesteryear film music with Quartet West. But his biggest surprise is yet to come.

“I’m actually about to go down to Nashville and do a country record,” he says nonchalantly, “to go back to my roots.” The album will feature Nashville musicians and include the entire Haden family, including his three daughters, who “sing together better than the Dixie Chicks.” One of his daughters, Tanya, is currently pregnant with Hollywood husband Jack Black. (Haden calls him “a very sensitive person. A very humble person, very smart–and he’s a funny guy, too.”) With any luck, the Nashville record could feasibly span three generations of Haden.

Haden shows no sign of slowing down and feels a global duty to play more than ever. “Right now, the world needs as much beauty as it can get,” he says. “It’s pretty tragic what’s going on in the rest of the world right now–and most of it is coming from the United States’ administration. So it’s a time when I feel that I have to really combat that, and try to give people a sense of beauty and imagination and clarity and exploration and discovery.”