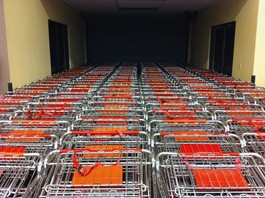 Sonoma County is about to jump into the plastic-bag-banning fray with a Feb. 2 public forum at Santa Rosa City Hall. Moderated by County Supervisor Mike McGuire, the event features a panel discussion with representatives from San Francisco, grocery stores and the plastic industry discussing environmental, local and economic issues associated with a potential bag ban. Keynote speaker Carol Misseldine of Green Cities California will discuss bans in other areas, and Santa Rosa mayor Ernesto Olivares will speak.

Although the forum’s focus is reduction of single-use bags and promotion of reusable bags, discussion of a countywide ban is nearly inevitable. San Francisco banned plastic bags in 2007, while more recently, a statewide ban was voted down last year. Marin County decides this week whether to continue with its proposed ban in light of litigation from the plastic-bag industry.

If Sonoma County does decide to instate a ban on single-use bags, the road will not be an easy one. Similar ordinances in Oakland and Fairfax were repealed due to the litigious efforts of plastic-bag manufactures and recyclers. These groups contend that paper bags are the true environmental villains of the bag world, because they contribute more to greenhouse gases.

According to Munat, the Sonoma County Waste Management Bureau has been considering a ban for the past two years, and Safeway, which has nine stores in Sonoma County, supports a ban.

“South Africa called the plastic bag the national flower because it was more ubiquitous than flora,” says Munat. “They banned the plastic bag. We can do this. We just have to have the will.”