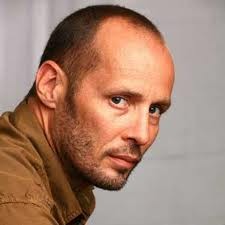 Is your marriage unfulfilling? Do your relatives piss you off? Ever want to split your boss’s lip? With bluesy rock-and-roll and a few jokes, Paul Thorn can ease your pain. Once a factory worker, skydiver and professional boxer before making it in music, Thorn’s between-song blue-collar humor is as much reason to see his concerts as are his blues. Thoroughly Southern and thoroughly Americana, Thorn will play songs from all 10 of his albums in a two-night stand this weekend. If the music and laughs don’t do it for you, maybe you can stay late and ask the former Mid-South middleweight champion for some help with those back wages your boss owes you. Thorn plays Saturday and Sunday, Aug. 4 (8:30pm) and Aug. 5 (4pm), at Rancho Nicasio. 1 Old Rancheria Road, Nicasio. $27—$30. 415.662.2219.