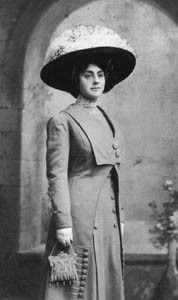 The story of Arab Americans in California and the North Bay

Before Sept. 11, 2001, Sacramento writer Janice Marschner was working on a book about the thriving hot springs resort industry that existed in Northern California in the late 19th century. During her research, she kept encountering references to the immigration of various ethnic groups to the region, including some from the Middle East. California’s diverse immigrant population would be a great subject for another book, she thought, and she began working on a new proposal, California: An International Community. Then came 9-11.

“Following 9-11 there was a reported rise in hate crimes against Middle Eastern Americans and also others mistaken for Arabs and Muslims,” Marschner writes in the introduction to California’s Arab Americans (Coleman Ranch Press; $18.95). Realizing that very little had been written about the Golden State’s small Arab immigrant population, Marschner felt it imperative to rush an excerpt from California: An International Community to press as a separate, smaller edition. “I hope that this book . . . will provide Californians and all Americans a better understanding about our community members of Arab descent–the now third and fourth generation, as well as the new arrivals.”

Marschner’s hopes have been realized with California’s Arab Americans, a quick glimpse at the various Middle Eastern peoples who have immigrated here during the past 150 years and the cultures and traditions they’ve brought with them. She begins the book with a brief history of the Middle East, where both Christianity and Islam originated. She then notes that there have been three waves of Arab immigration, beginning with the arrival of an estimated 100,000 Syrians between 1880 and 1914.

While subsequent waves of immigrants have sought refuge in America from the war-torn Middle East, the Syrians’ arrival remains somewhat of a mystery to scholars, as there were no major political upheavals at the time. Some have speculated that the 1876 Centennial Exhibition’s worldwide call for global arts exhibitors may have lured Syrians with the promise of prosperity in America.

At any rate, some of those Syrians settled in Sonoma County, where their relatives can still be found today. In what is perhaps the most enjoyable part of Marschner’s book, she details the family histories of California’s Arab Americans by region so that readers may follow their footsteps, before history and assimilation wipe out all the traces.

“Sonoma County attracted several utopian colonies, but it has never been a draw for Arab immigrants,” Marschner writes. Never-theless, Arab Americans made their presence known. In 1915, Syrian immigrants Abe and Nazara Maloof ran a successful ice cream parlor in Guerneville. Later, they ran a bakery in Santa Rosa and in 1918 had a son, Milton, who served in WWII and spent most of his life in Sonoma County until passing away in 1999.

“He was real proud of being Syrian,” says wife Paula Maloof, who still lives in Sonoma County quite near the home where Abe and Nazara once lived. Milton worked in the Mare Island Naval Shipyard for 31 years; he and Paula were married for more than 50 years. She also remembers the most flamboyant member of the family, Fifie Malouf (like most immigrants, the Americanized spelling of the family name varies), who in the first half of the 20th century was way ahead of her time, having been married three times. Fifie lived on and off in Santa Rosa, according to Marschner, and at one time ran the local swimming pool. Paula adds that while in Los Angeles, Fifie purportedly ran a house of ill-repute.

Marschner cites several other Sonoma County families of Middle Eastern descent, including Michael Selby, who immigrated from Beruit, Lebanon, in 1902 and arrived in Santa Rosa in 1917, where he served as a popular barber for some of the area’s more prominent citizens until the age of 92. It’s delightful facts such as these that help humanize California’s Arab Americans, an insightful, timely book.