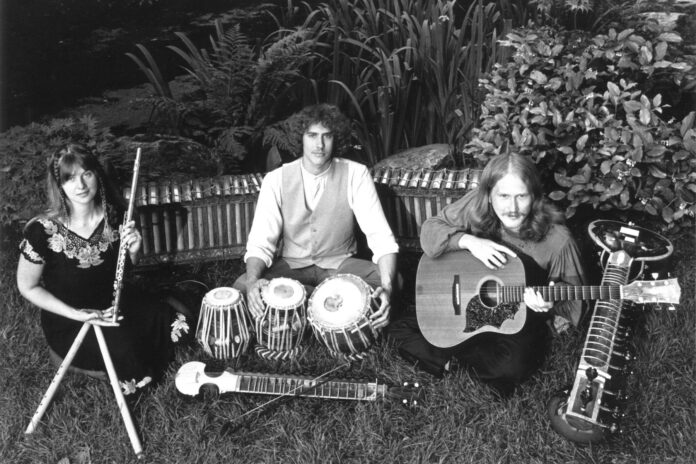 Students at the Ali Akbar College of Music in San Rafael first formed the world fusion group Ancient Future in 1978. While they were together, Ancient Future anchored the North Bay world music scene, though in the last 30 years, the ensemble turned into a cross-cultural and collaborative effort. For the first time in the 21st century, Mindia Devi Klein (flutes), Benjy Wertheimer (tabla) and Matthew Montfort (guitars) hit the stage together as the original Ancient Future lineup, weaving their textural and rhythmically experimental music once again on Sunday, April 19, at 142 Throckmorton Theatre, 142 Throckmorton Ave, Mill Valley. 7:30pm. $20–$25. 415.383.9600.