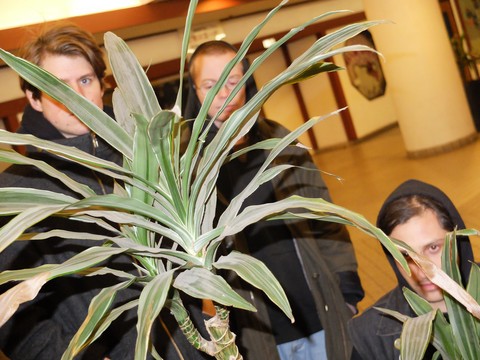 Ganglion Reef, the debut album from Los Angeles psych-rockers Wand, came out just last August, but the band is moving fast. Their visceral follow-up, Golem, released in March, takes on wizards and warriors with stony riffs and pop nostalgia, expansive metal textures, throwback glam and dark, effortless hooks. Wand has made fans out of fellow rockers like Ty Segall, and this week they wave it in the North Bay, with the help of fuzzed-out rockers Male Gaze and local outfits OVVN and Creep Beat. Wand cast their spell Tuesday, April 14, at the Arlene Francis Center, 99 Sixth St., Santa Rosa. 7pm. $8. 707.528.3009.