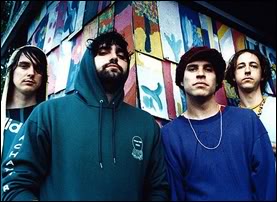 A major coup for the Phoenix Theater: Animal Collective, the experimental-indie Brooklyn ensemble whose crossover hit Merriweather Post Pavilion topped critics’ lists and was named Album of the Year by Spin, Pitchfork and Entertainment Weekly, will be headlining the Petaluma venue on Sunday, April 10. On a brief California jaunt before playing Coachella, the band is sure to sell out the venue immediately when tickets go on sale Thursday, March 10, at 4pm. Hit up the Phoenix Theater site for browser-refreshing action.

Say it together: Primus sucks! And yes, they’re playing at this year’s Harmony Festival. Having last played Sonoma County at the Phoenix in 2003, the band is sure to thrill patient fans as a just-announced headliner. Along with the previously announced Flaming Lips, Edward Sharpe and the Magnetic Zeroes, and Grace Potter and the Nocturnals, new additions to the lineup for the June fest include G. Love and Special Sauce, Natcha Atlas, Ghostland Observatory, Roots Underground, erstwhile festival staples Michael Franti and Spearhead and many more. Tickets and full details are at www.harmonyfestival.com.

Next ArticleWho the Hell Made Rebecca Black’s ‘Friday’ Video?