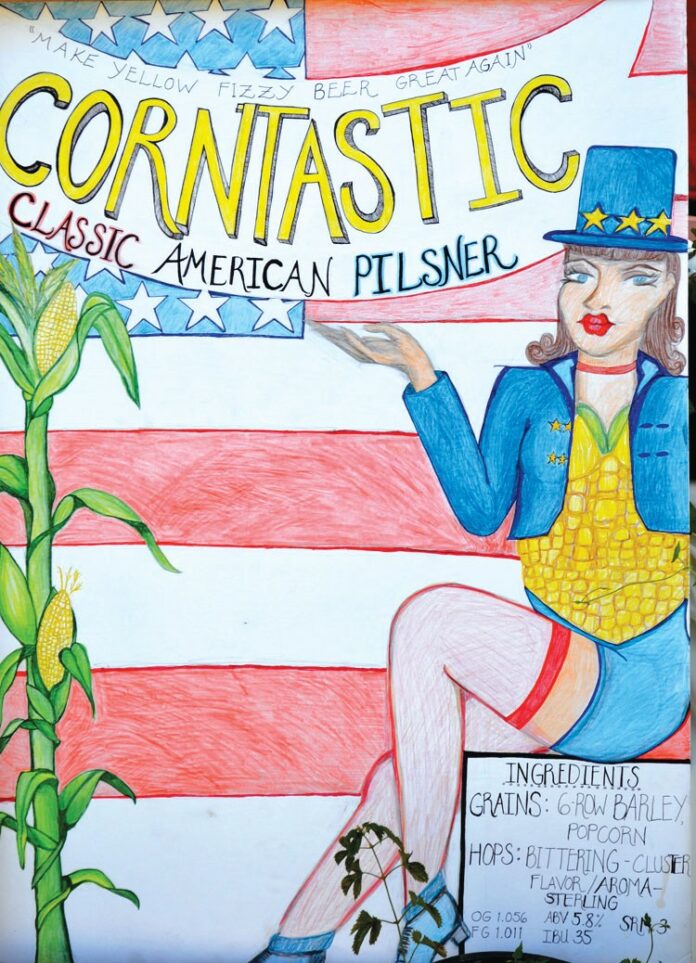 Checking in at Petaluma’s Sonoma-Marin Fairgrounds to see what the home brewers have cooked up for the second annual Sonoma County Home Brewers Competition, I found the event was a veritable fair itself—or “faire,” as there was a contingent of merry, costumed Ren-faire types wandering the grounds.

Hosted by the Petaluma Downtown Association, the event on May 28 offered home brewers the chance to have their winning recipe brewed and distributed by 101 North Brewing Company. Hoping to survey the hobbyists on their ambitions to enter the burgeoning craft-brew business, I encountered good brew at my first stop. Nico Silva, who hopes to open a brewpub someday, has been home-brewing for just three years, but he had the esters dialed in with his fruity-scented Highway 116 doppel weizen. “I was going for Bananas Foster,” Silva said.

The creator of Insidious Six just wanted to keep it fun. “I don’t want to make it work,” Carl Downing said. It was no work at all sampling his nutty, chocolatey altbier, inspired by a German style brewed before technical developments made lagered beer more popular.

Curiously, there were no lagers, save for Cody Kay’s Corntastic American pilsner, which was made with popcorn and sported its own slogan: “Make yellow fizzy beer great again.” The only difference between this wholesome, crisp and light brew and the mass-market beers of this style is that it was 10 times better.

While some brewers lamented that, between work and kids, the dream of going pro was pie in the sky, others explained that it’s the kids that got them into brewing—they might not go out much anymore, but they can still brew at home.

Despite being a full-time firefighter and paramedic, Kevin Larson is lining up investments to launch Coastal Acres Brewing into the sea of craft beer. Look for Trapezoid IPA, if you like it fresh and resinous.

Hoping to stand out in the crowd, brewers got creative with the fruit and herbal adjuncts. “This puts me on the beach!” one taster exclaimed over a coconut-scented chocolate stout.

But there was no time to linger, because there were 62 beers to sample before casting an informed vote at the awkwardly located polling place. The task was nearly impossible—after sampling a dozen or two, I was getting ready to exercise my franchise, if you know what I mean.

The only non-IPA among the finalists, Powpow’s Nitro Coff-Nilla stout, took the prize. But the real surprise was that, whether they dream of going pro or not, these brewers aren’t just making tolerable “efforts.” I’d gladly drink most of those I sampled over an equal number of nationally distributed products.