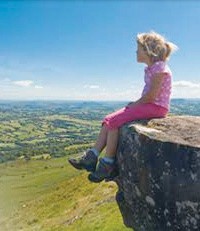 Alms for the Earth

If we were trudging the gaslight sidewalks home tonight in a Dickens novel, and we only had a few coins left in our pockets for charity, that tattered group of holiday supplicants elbowing each other to reach us with uplifted tin cups would force us to make a difficult choice. Which one gets our shilling?

I can’t help thinking of Dickens when, even if I can sneak past the ubiquitous bell-ringers in Santa costume, I get home to emails and letters from nonprofits, each one like a needy street urchin begging, “Choose me!”

No matter how tempting it is to select the cutest and most pathetic-looking beggar from the lot, the present climate crisis demands we be tough; while big money buys distorted science and owns the media that disseminates it, small change is well-spent when it goes into the tin cup that benefits climate.

My top choice on a national level: the Union of Concerned Scientists (UCS), which “combines independent scientific research and citizen action” to improve planetary conditions and comes with a four-star rating from Charity Navigator, earned by only 4 percent of nonprofits. The UCS has landed the distinction five years in a row, which means they are careful spenders. My top choice on a local level: Climate Protection Campaign in Sonoma County, working “to inspire, align and mobilize action in response to the climate crisis.”

These two personal favorites happen to be short-listed with Philanthropedia, a Menlo Park agency that ranks nonprofits by how much work they accomplish. On Philanthropedia’s list of the top 15 climate-based nonprofits in the Bay Area, the UCS came in first and Santa Rosa’s nine-year-old Climate Protection Campaign ranked ninth, even in the company of well-funded and decades-old national giants such as the Sierra Club and the Natural Resources Defense Council.

Right now, climate science is out on the proverbial sidewalks seeking alms for the earth. Because of the many millions spent by the ruling 1 percent in their efforts to distort science (which is a for-profit endeavor), it appears that we of the 99 percent—albeit needy and cold as the dickens ourselves—are the only source of support for two critical, planet-saving efforts: first, the continuing scientific research on climate and climate-related public health; and second, activism that puts climate-research data into the hands of individuals, communities and policy makers who can take responsible action.

Happy holidays, and while you make your way through the countless and clamoring requests for charity, kindly toss your shilling into the cup marked “Climate Science.”