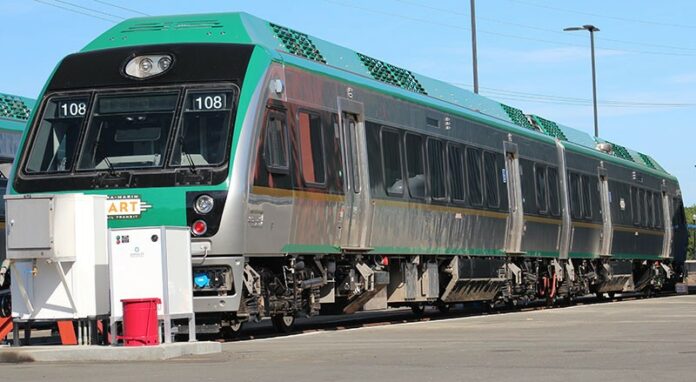 All Aboard at Last?

First the Sonoma-Marin Area Rail Transit said service would start last winter. Then this spring. Then early summer. And now? Free rides for everyone! That’s the plan, anyway.

We speak, of course, of the grand opening of the SMART train, which is offering free round-trip rides on June 29, July 1 and July 4. The round-trip rides on the 29th will commence in Rohnert Park (8am, 10am, 2pm and 4pm) and Marin Civic Center in San Rafael (4pm, 6pm and 8pm).

But the upstart commuter train has been beset by numerous delays and false SMART-starts.

The delays have been lamentably frequent as Sonoma and Marin county residents are charged a quarter-cent sales tax to pay for the rail service, yet have been waiting to climb aboard the train.

We get it. Starting a railroad is a complicated process, and there are lots of moving parts and federal approvals, as SMART argues every time there’s another delay.

This time it looks like they really are ready to roll, and the SMART-loving holiday masses will surely descend on the stations for the free rides—we’ll be there too.

We hope the trains rolls on schedule. Once the free grand opening is done and the rail is officially open—that date has not been set—the roundtrip from Santa Rosa to San Rafael will cost you $19.