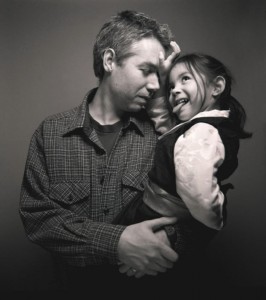 I had the pleasure of meeting Adam “MCA” Yauch, along with Mike D and the King Ad-Rock, at a San Francisco press roundtable back in August 2007. The Beastie Boys were in town for two shows promoting The Mix-Up, their only album comprised of instrumentals and devoid of samples. What happened was one of the most enjoyable and bizarre journalistic experiences of my life, with the smart-alecky trio christening me the “Debbie Downer” of the room for my questions regarding “porno music” and Tibetan freedom. I couldn’t help but ask about Yauch’s Milarepa Foundation efforts because the first Tibetan Freedom Concert at Golden Gate Park in 1996 was such a memorable part of my young life. The two-day event was a key accomplishment in Yauch’s—and the band’s—very public maturation.
It was also my first Beastie Boys show, and it was a revelation. The band delivered an incredibly diverse set that included their punk songs, jazzy numbers, funk excursions, and of course their hip-hop hits. There are so many highlights, all of which I’ve struggled to devote ample brain power to since that weekend 16 years ago: A vibrant opening with the one-two blast of “Jimmy James” and “Sure Shot”; a rare live “Get it Together” with Q-Tip busting up in laughter after forgetting half his lyrics; a cover of “Red Tape” by the Circle Jerks; Biz Markie leading the 100,000-strong crowd in a raucous rendition of his classic Check Your Head intro “The Biz vs. the Nuge”; and most beautifully, MCA’s performance of “Bodhisattva Vow” alongside a Tibetan monk’s live chanting.
There were many live Beastie highlights after that—the trio letting thousands sing EVERY WORD of “Paul Revere” at Oakland Arena in 1998; the group’s giddy rendition of “High Plains Drifter” at the Bill Graham Civic in 2004—but nothing like that day. In the 1990s, the Beastie Boys’ TV culture lyrics and seamless blending of disparate musical styles reflected the culture as well as Pulp Fiction or Lollapalooza or Seinfeld or The Real World. Seeing them bring it all to life was a thrill.
That weekend, Yauch not only assembled the largest U.S. benefit crowd since 1985’s Live Aid and many of the day’s finest musical icons to urge a boycott of Chinese goods. He also began an enduring post-Tiananmen-Square-Massacre dialogue in pop culture consciousness about the ethics of the U.S.’s partnership with the brutal government of China. This call for Generation X and Y to “follow the money” and make a difference through everyday restraint was incredibly profound to the 16-year-old me. I could no longer look at “Made in China” labels without remembering the monks onstage whose teeth were all knocked out by a Chinese police cattle prod, and the distance between my high school and far-off sweatshops would never be that vast again. I kept the effort up long after my “Free Tibet” bumper sticker was stolen off my Honda’s bumper.
It makes me sad to think how Westerners can still be shocked by things like the installation of suicide nets at Apple’s Chinese factories. But I must admit that I don’t boycott Chinese goods as much I can, and with the Internet, there’s really no excuse. At the roundtable in 2007, I didn’t look closely for sweatshop wear on the Beasties, but Yauch did express some disillusionment with the Tibetan Freedom concerts he produced, particularly in the apparent lack of other bands’ long-term commitment.
Following the farcical press conference, Yauch was hanging outside near the garage as everyone headed over to UC Berkeley for that night’s Greek Theatre show. Despite strict instructions to the contrary, another writer asked for a cell phone picture and Yauch kindly obliged. After he left, it was only me and MCA. Still star struck, I asked him if he was going to the student-led Tibetan freedom protest the following day at the local Chinese embassy (I’d heard about it on the news). Surprisingly, he had no idea about it. But he looked interested and asked me for more info. Then I told him how the 1996 Tibetan Freedom Concert made a big impact on the Bay Area, and that many locals were still fighting the good fight. He just looked at me, nodding.
When his ride pulled up, he went to leave but stopped and asked if I and the other writer were going to the show. I told him I was but that the other guy couldn’t get a press pass. He asked for the guy’s name, nodded to register it, and then bade me farewell.
I never got a picture, which would’ve been cool. But at least I got to tell him that something he did made a difference for others. At least I got to do that.