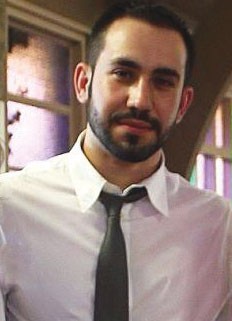 With the rousing title “The 99% Awakens,” the Peace and Justice Center of Sonoma County celebrates a year of activism and Occupy at the Annual Peacemaker Awards Celebration. This year’s honorees include the Healdsburg Peace Project, which will receive the Peacemaker Award. The Russ and Mary Jorgensen Courage of Commitment Award will be given to Jesús Guzmán (pictured), an organizer for the DREAM Alliance of Sonoma County and chair of the North Bay Organizing Project’s (NBOP) Immigration Taskforce. The NBOP itself will be a recipient of the Community Organization Award. Last but not least, Dave Foote, who works tirelessly on the Peace Press, will be crowned with an Unsung Hero Award. All proceeds benefit the Peace and Justice Center. Get there before the awards ceremony for hors d’ oeuvres, silent auction, beer and wine, and stay later for music and dancing. It all happens on Sunday, Nov. 11, at the Sebastopol Community Center. 390 Morris St., Sebastopol. 5–9:30pm. $40–$45. 707.575.8902.

Armistice Day was created to remember the 10 million members of the armed forces killed in World War I. It’s become better known as Veterans Day, but the Marin Peace and Justice Coalition would like to see the original reason for Nov. 11 to come back into use, as a day to celebrate the end of war, “not to celebrate militarism.” This Armistice Day, the MPJC hosts a conversation on the elimination of war with cofounder of CodePink and anti-drone activist Medea Benjamin and David Swanson, an anti-war activist and cofounder of After Downing Street. See Benjamin and Swanson talk war and peace on Sunday, Nov. 11, at Olney Hall, College of Marin. 835 College Ave., Kentfield. 7pm. $10 (no one turned away). 415.499.0985.