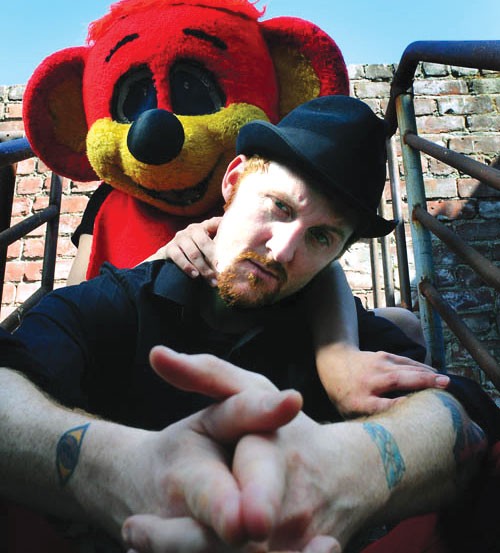 Saying Jamie DeWolf has a way with words isn’t quite right—it’s more like he has his way with words, bending, twisting, breaking and rearranging them to their most expressive positions before jamming them into the ears of audiences around the world. Now he’s coming to Santa Rosa.

The great-grandson of L. Ron Hubbard is a crusader against Scientology, citing its “dangerous” belief system and “pyramid scheme”–like components as factors that, he says, destroys people’s lives—including his grandfather’s. He’s also a filmmaker, teacher and actor, not to mention producer of the East Bay variety show Tourettes Without Regrets and NPR’s Snap Judgment.