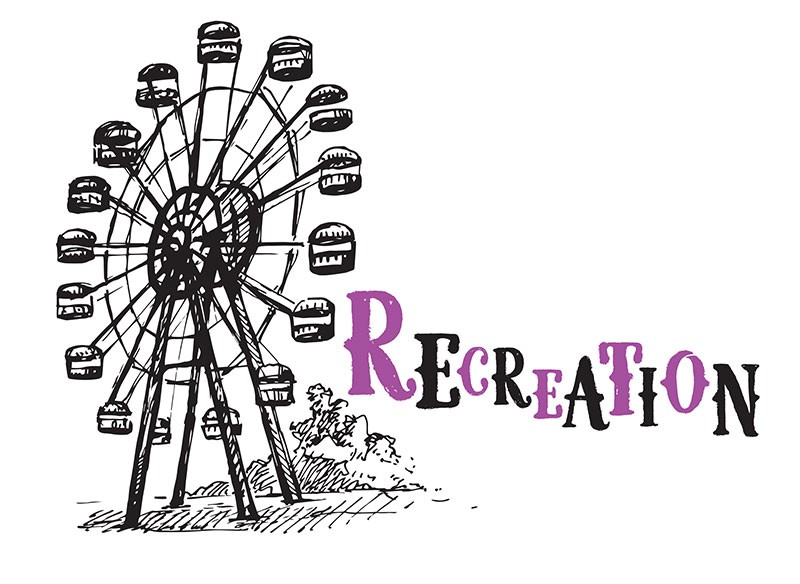 You can’t miss the spot where the vineyards meet the redwoods in Forestville. Westbound drivers on River Road are plunged into darkness like some Tunnel of Love on a narrow stretch of road that winds between towering, second-growth sequoias and squeezes in between vacation homes. Atmospheric, iconic and, if you’re doing it on a bicycle, a harrowing death-ride.

The smart way to cycle this route is Old River Road, a quiet residential lane that runs parallel to River and connects to scenic Martinelli Road. And as soon as you’ve turned onto the lane, another cycling secret of the river unaccountably pops out of the woods: Russian River Cycle Service, billed as the smallest cycle shop in Sonoma County, and surely the most well hidden.

“Well, it’s the back of my property, but it’s also a major thoroughfare for cyclists,” proprietor Brian Borchers explains. “I would see bike riders going by constantly, and I thought there might be people who needed help—and I wanted to help.”

With more than 25 years in the bicycle business, Borchers has done it all, from service to sales and building bikes. “And also, probably I’m unemployable by most standards,” he jokes, “so I had to figure out my own job.” Opened five years ago, at least “on paper,” Russian River Cycle Service is a one-man show and a one-stop shop, offering everything from repairs to rentals, hybrid and road, full builds and brand-new bikes. His most distant customer was in South Africa, and initially seemed suspicious because he was asking for a $4,000 build by email, but turned out to have a family vacation house down the road in Guerneville. Borchers also dispenses biking advice to tourists—a Texas couple thanked him for rerouting them from a busy road on a Sunday ride to Napa Valley.

Sometimes, people even find him when they just get a flat or other bike emergency. “That’s where I get so much of my satisfaction,” says Borchers. “They’re from out of state and just happened upon me—and they’re just so happy that they did.” 9806 Old River Road, Forestville. 707.887.2453.—J.K.

Imagine pedaling through stunning views and scenic backroads in Napa and Sonoma County and stopping to swirl a glass of vino. That’s the offering on the table when you sign up for any of several Sip ‘n’ Cycle outdoor packages offered by Getaway Adventures. What started as a fortuitous day of bike riding and winetasting between Calistoga resident Randy Johnson and his uncle has become one of the North Bay’s most popular outdoor companies. Now a collection of wine country enthusiasts, Getaway Adventures is catching on with the locals and visitors alike. The group’s most popular Sip ‘n’ Cycle offering traverses Calistoga, where participants get on a hybrid bike—with a helmet—and roam northern Napa Valley. An experienced and professional tour guide leads the pack, offering insights and secrets about the region even longtime residents may have missed. Along the mostly flat 12-mile tour, the group stops at four wineries, which can include Chateau Montelena, August Briggs, Frank Family and Clos Pegase, among others. Other packages travel to the far corners of the North Bay, with Sip ‘n’ Cycle tours hitting up Healdsburg, crossing through the Carneros region and rolling through western Santa Rosa and Sebastopol. Prefer hops to grapes? Getaway Adventures has you covered with a Pints ‘n’ Pedals tour that takes you to Russian River Brewing Company and HopMonk Tavern. For those looking to really break a sweat, the intensive Velo ‘n’ Vino tour takes you over hilly roads in a massive 20–30 mile ride in the morning, before you grab lunch and get chauffeured through Dry Creek Valley. getawayadventures.com.—C.S.

Trail House is just like any other biker bar except that there are no leather jackets, menacing stares or furtive meth sales in the bathroom. And there are no motorcycles in the parking lot. Actually, Trail House is nothing like a biker bar. The well-fenestrated building is really a temple to nearby Annadel State Park, mountain bikes and the people who ride them in said park. Those people like good beer and strong coffee, and Trail House has both, as well as a small menu of quick bites for pre-and post-ride nutrition. The fleet of top-shelf demo bikes, helmets, shoes and tubes and other odds and ends for sale and the mechanic on duty make it clear this isn’t your typical beer bar. The clubhouse for fat-tire fanatics is the work of Shane Bresnyan and Glenn Fant. Fant owns Santa Rosa’s NorCal Sport and the Bike Peddler; Bresnyan was the manager at the Bike Peddler before opening Trail House. The place has one other distinction from the typical biker bar: it’s clean and inviting enough to welcome non-cyclists, too. 4036 Montgomery Drive, Santa Rosa. 707.843.4943.—S.H.

Cyclists put a positive spin on the old “road to nowhere,” which gets a lot of bad press—they call it an “out and back.” This is an optional side trip to a full-circle route such as, say, cycling out from Healdsburg to West Dry Creek Road, crossing a bridge to Dry Creek Road and back to town, enjoying vineyard views and only moderate exertion all the way. For keener hill climbers, a short detour to the west leads to Warm Springs Dam and the bottom of a long, steady ascent to the gentle, 10-mile roller coaster of Rockpile Road. There’s something extraordinary about Rockpile that makes it the ideal thrill ride. With the mountain vistas, the Rockpile AVA vineyard views may be equal to dozens of other local roads, but this former horse track, now a broad and wide-shouldered carpet of asphalt that hardly sees half a dozen automobiles over the entire ride past the marina at Lake Sonoma, is a mind-boggling feat of public works that defies comparison—even in Napa County!—and puts most county roads to crying shame. What madness made this near-perfect one-way ride a reality? When the Army Corps of Engineers built Warm Springs Dam, they were obligated to improve the roads that ran through the project area. Government regulation, ladies and gentlemen, the wonders of government regulation, created this motoring and cycling dreamscape.—J.K.

Best Walk (or Wheeze) in the Park

Skyline Wilderness Park is a perennial winner in Napa owing to its rolling circus of various activities that can be pursued here: hiking, biking, camping, shooting—or wheezing in the dust of a nearby gravel pit that’s been in the news because of expansion plans that have divided the community and threaten to encroach on Skyline’s rolling reaches. For now, one can wander for hours and encounter numerous visages and vantage points, or one can sit on a rock and listen to the wind and take in the view of near-off Napa City. Hey, is that an elephant in a tutu or a giant bulldozer scraping at the earth at the nearby gravel pit? skylinepark.org.—T.G.

Best Way to Dangle Your Kids from a Rope

Astounding feats of aerial artistry await at the Summerfield Waldorf School and Farm as boys and girls of (mostly) all ages are invited to participate in the after-school antics of the beloved Circus Waldissima. The youth circus program takes youngsters ages nine to 18 and puts them on the fast track to high places, with an assortment of classes and programs designed to lift spirits with soaring skills learned in three-ring fashion. Founded in 1991, the circus’ mission is simple: to inspire students to reach new heights of excellence. The instructors, often seasoned circus professionals, work with hundreds of kids each season. Trapeze work is highlighted in their offerings, though the circus boasts hand balancing, acrobatics, fire performances, bicycle stunt work and more. Circus Waldissima is a great alternative to macho, after-school sports, where football concussions come with the competitive territory. There are no losers at Circus Waldissima, as the kids learn to work in groups and create a tight-knit company full of collaboration and team-building. The students also get a good workout while feeling the pride of accomplishing feats they would previously have thought undoable. Each spring, the hundreds of students who participate in Circus Waldissima show off their dazzling skills with an annual showcase. This year’s show is split into
a beginner’s performance based on
The Wizard of Oz, and an advanced show titled Alchemy. Performances run April 1– 2 at the Summerfield Waldorf School and Farm, 655 Willowside Road, Santa Rosa. circuswaldissima.com.—C.S.

This winter has been one for the record books. In addition to finally ending our endless drought, the constant downpours turned the Laguna de Santa Rosa into a paddling paradise. A few days after a good downpour, a lake pops up just north of where High School Road meets Occidental Road, beyond the blueberry bog.

“That’s the place where it really opens up,” says Brent Reed, ecology programs manager at the Laguna de Santa Rosa Foundation. The water level only lasts a few days before it drains away, but this winter the water level remained elevated for months. “I’d say it’s the best I’ve ever seen it—period,” says Reed.

For bird watchers and paddlers, the high water provided access to distant reaches of the Laguna inaccessible except by water. Sharp-eyed kayakers
caught sight of bald eagles and rare visitors like common black hawks and black-headed vultures. While more rain will fall this spring, it’s unlikely the Laguna will rise to previous winter levels. But this week’s rain could provide
one more chance to get out on the water before summer comes and you have to wait until next winter to experience this fleeting watery wonder. lagunafoundation.org.—S.H.