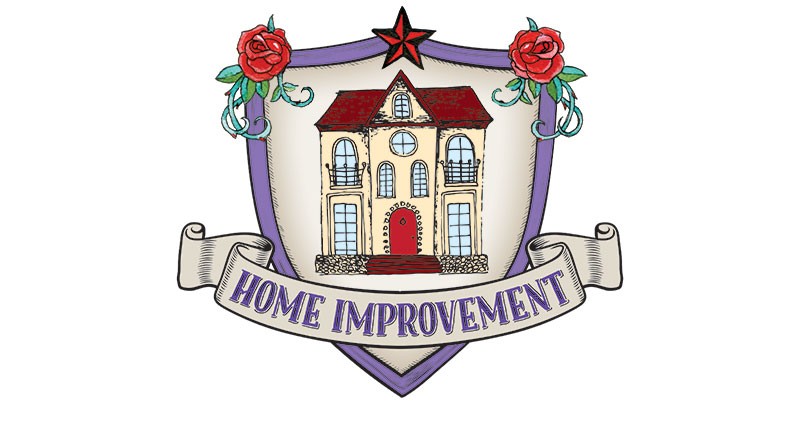 There is nothing that sparks an outbreak of home improvement, and optimism, like watching the first home get rebuilt after the horrific fires of October. Healthcare worker Dan Bradford was burned out of his Coffey Park home in October and was quickly contacted by his old friend Mark Mitchell, a Lake County contractor who had rebuilt the first home after that county’s devastation in 2015.

Mitchell told the Bohemian back in November that the lesson from Lake County was nothing lifts the spirits like the sight and sound of hammers swinging and a house getting framed out. Bradford, a respiratory therapist at Santa Rosa Memorial Hospital, and a recent widower, was momentarily stymied in his and Mitchell’s rebuilding push by some civic snafus in the cleanup of his lot, but all that got sorted out.

There were many “first responder” tales of heroism that came out of the fires, and most of them had to do with police and fire personnel heading into the danger. But this “first responder” story also demonstrates how motivated locals like Bradford could lead the way in the rebuilding. And, given his profession, it’s critical to note that there were hundreds of healthcare workers on the front lines of medical urgency during and after the fires, many of whom also lost houses.

The great news about Bradford’s push to rebuild is that just a month after we wrote about him, the contractor who said he would rebuild the first house in Sonoma County after the fires was at Bradford’s lot, framing out his new house on the original foundation.

He’d done it! It’s an amazing story and one that easily earns Mitchell and Bradford an overall Home Improvement Award, given that improving the home starts with a home to improve.—T.G.

Best Plumber
in a Pinch

I had followed the smoke and the fire equipment in my car on the morning of Oct. 9, and wound up at the corner of Wild Lilac Lane and Selene Court, east of Fountaingrove and over a blazing ridge. Totally scary scene—smoke in all directions, houses burning all around and a gas tank spewing flames high into the sky on a wooded lot. Suddenly I saw this very fast-moving dude in a Red Wing Shoes T-shirt and carrying a big wrench come whipping down the road. After the fires broke out, Mike Alderman
had come here to check on his ex-wife and wound up banging on doors and shutting down gas lines on houses still standing, and tried to get that spewing gas tank under control. After a while I started helping him out as the flames starting licking into the backyard of a house still standing. Chickens were freaking out, as were television reporters on the scene. I put down my camera, he gave me a garden-house and said he’d be back after he checked on that spewing gas tank again. He came back, grabbed the hose and kept after the flames. This is the guy you want on scene when the shit hits the fan.

My wife loves to paint. Not watercolors or oils or pretty stuff like that, but painting, as in painting walls. The really boring kind of painting that I always seem to get roped into. It wouldn’t be so bad if we just painted a room once, but paint always seems to look different on the wall in the light of day—or the dim of night—so we often end up painting a room more than once. This means I spend a lot of weekends buying paint at Ace Hardware in Sebastopol and commiserating with the helpful red-vested guys behind the paint desk. In between matching paint colors and schooling me on low VOC paint, the guys sometimes point to a jokey little notice on the wall that says husbands won’t be allowed to buy paint without a permission slip from their wives, lest they get sent back to fetch a different color. Ha ha, I laugh. I got verbal approval, I tell them. Then I stop laughing and pony up for another gallon of paint and trudge back home. They know I’ll be back soon with orders for another shade of semi-gloss white. 600 Gravenstein Hwy. N., Sebastopol. 707.823.7688. sebastopolhardware.com.—S.H.

Best Way to Clean Your House, Should You Happen to Wind Up Living in Your Car

Santa Rosa and Sonoma County elected officials sure do make a lot of noise about the extreme and unrelenting affordable-housing problem in the area, and that noise got a lot louder after the October wildfires destroyed more than 5,000 homes. Before the fires, the county was already faced with a growing population of people who’ve abandoned all hope of finding a permanent roof over their head, and took to their cars with varying degrees of public and civic support. For those who do have the permanent roof in sky-high Sonoma County, God bless. There are all sorts of traditional home-improvement outlets to choose among, whether it’s Friedman’s or your local Ace Hardware. For those who don’t have the permanent roof . . . well, we wouldn’t wish this fate on anyone, but look at the bright side, auto-dweller: Splash Express Car Wash has everything you need to make your rolling palace on wheels a comfortable and clean ride, from the classic roll-through exterior cleanse, to numerous detailing stations equipped with high-power vacuums. Linger awhile as you spruce up the sedan for another night semi-under the stars. 1245 Santa Rosa Ave., Santa Rosa. 707.546.3665.—T.G.

As a licensed contractor, a member of the Santa Rosa Board of Public Utilities and the program director of nonprofit group Sonoma County Conservation Action, Santa Rosa’s Chris Grabill has been extremely busy. Since the October wildfires, he has had a hand in filling in the gaps of the cleanup process and planning ahead for rebuilding efforts throughout Sonoma County by working alongside local governments, nonprofits, volunteers and businesses. “It’s really about how can you get it done, and who’s got the capacity to do it,” Grabill says. “It was all hands on deck.” Most of Grabill’s work from October through December was with the emergency watershed task force, whose primary objective was keeping toxic contaminants from the ash piles out of city and county waterways and storm drains. They achieved this by placing some 40-miles of straw wattles along drain lines, specifically in the Mark West Springs area, to soak up the contaminants. Grabill also helped with clearing 45 creek bridges, many of which were the only route for people to get to their homes in the Mark West area. Once that was done, they worked on getting perimeter control on every single ash pile. “We really combined efforts to get as much good work done as possible,” Grabill says. “And that involved everybody from the county and the city, state Fish and Wildlife, FEMA, Cal Fire, all the way to Sonoma Clean Power, Jackson Family Wines, Friedman’s Home Improvement and the nonprofits I work for, Conservation Action and Sonoma Ecology Center.” The fact is, rebuilding will take years. “It’s been really difficult for most people to get to the point where they’re able to break ground,” Grabill says. “Everything from the soil testing and debris removal to the cost of materials and lack of adequate labor, it’s been tough.” The big thing that Grabill is working on right now is co-writing a housing recovery bond with Santa Rosa City Councilman and Vice Mayor Jack Tibbetts, Sonoma County Supervisor Lynda Hopkins and other community leaders. “Our primary objective is to raise $400 million and build affordable, workforce, low-income housing,” says Grabill, who expects to see the bond on the ballot in November. With opportunities to match the bond with grants and private funding, Grabill says the target is to build 10,000 units of affordable housing in several priority development sites. “When you have a bond that you need a two-thirds vote for, you really have to get everybody at the table and get a little West County Kumbaya going,” Grabill says. “And at this point, we have a very diverse group of people at the table trying to achieve a common goal of affordable housing.”—C.S.

Hammers throughout the North Bay were outraged when North Bay Congressman Jared Huffman sent out a tweet that described Betsy DeVos, the U.S. Secretary of Education, as “rich, white, and dumber than a bag of hammers.” The uncharacteristically pungent offering from Huffman was picked up by stunned media outlets, including Newsweek, and white nationalist hypocrites were quick to slam Huffman for his sledgehammer approach to twitter-civility. His tweet bordered on the Trumpian, but minus the border wall, because you need hammers to build that. But Huffman’s no Trump, and setting aside his hateful dissing of hammers, the progressive pol is no fan of screwing the poor. In a statement, North Bay Advocates for Bags of Hammers, which has contributed to Huffman’s past congressional campaigns, did concede that Huffman had “hit the nail on the head” with his tweet (given DeVos’ dumb appearance on 60 Minutes), but had done so on the backs of innocent hammers, whose only agenda is to be a part of the rebuilding of the North Bay. They vowed to claw back from the insult and noted that “we’re faced with the wrenching decision about whether to support him again this year. He hurt our feelings.”—T.G.