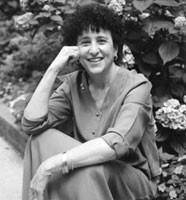 What (Not) to Eat

According to a recent Pew study as reported in the Washington Post, a full 60 percent of adult Americans experience a deep feeling of shame daily–sometimes three times daily. That shame, that sense of guilt and sadness, is sparked by hunger and is fed when we eat.

And that, according to renowned nutritionist Marion Nestle, is excellent. It’s excellent because it’s exactly how the prepared-food and grocery industries, the dairy and cattle concerns, the industrial produce associations and the fast-food corporations want you to feel. Such success! If you’re fat, it’s your fault. If you overeat, you surely have no self-control. Exercise more. You are the steward of your body and its intake. Go to the gym, take a walk, buck up and stop complaining. But be sure to take plenty of bottled water, throw a granola bar in with the sweats and pack some tube-squeeze yogurt for the kids.

Do all that, that is, if you want to stay fat and feeling guilty.

A radical in academics clothing, Nestle, a trim woman nearing 70, is the Paulette Goddard Professor of Nutrition, Food Studies and Public Health at NYU. The mother of grown children, she now lives in Manhattan, eating out as part of her profession and shopping only in the small boutique markets in her neighborhood. By her own admission, Nestle rarely had reason to frequent the type of supermarket most suburbanites use daily. A scientist and therefore curious by nature, she set herself the goal of returning to the big supermarkets and finding out what is really there.

The result is her newest book, What to Eat (North Point Press; $30). It purports to be an “aisle-by-aisle guide to savvy food choices,” and indeed it is, but it is also a compulsively readable horror story about American food politics and American obesity.

That guilty fatty dashing to the gym with the bottled water, the granola bars and the Go-Gurt described above is a victim of what has been called “big food.” For example, we all know that good health is found in drinking eight boring eight-ounce glasses of water a day, right?

Uh-uh, says Nestle. The average adult who consumes the ordinary round of well-balanced nutritional choices and drinks tap water when thirsty is plenty hydrated. It’s the bottled water companies who want us to drink the boring eight-by-eight equation.

Granola bars give that spurt of protein and vitamins that we need to make it through a power-surging workout, right? Nope, says Nestle. That chewy stick of stuff is roughly one gram of fiber bound together with cottonseed oil and nine different kinds of sugars. It’s what the sugar industry wants you to eat. A well-balanced diet with an absurdly small daily portion of protein (about four ounces) is plenty to promote good health and the stamina to exercise.

But what about the kids? Yogurt is the perfect kid food! Sure, she assents, that’s what the all-powerful dairy industry wants you to think, and, indeed, if you serve it plain with some fresh fruit, it’s a fine choice. Otherwise, it’s just the same as most junk marketed to kids: dessert.

In Nestle’s construct, grocery stores–most of which feature some 40,000 disparate items on any given day–and food producers are only doing their job when they provide Americans with an abundance of food products to choose from, except that most of them are meted out in serving sizes far larger and more caloric than they were just 20 years ago. From the producer’s point of view, it’s the consumer’s own fault if, as a result of choosing among the 40,000 and eating the results, he or she becomes fat.

Which is why an emphasis on exercise is such a relief to the U.S. government: there’s not a lobby in the nation that would object to placing the blame on the consumer. Not a lobby in the world would claim that exercise isn’t a great idea. But eating less meat? Not a great idea. Eating less dairy, less sugar and less premade foods? Terrible, terrible notions. Plenty of lobbies can agree on that.

Given all of this, it’s no surprise that Nestle–who appears May 13 at COPIA–is perhaps both the most reviled and respected woman in food science today. In fact, the sugar industry threatened to sue her when her 2002 book Food Politics averred that refined sugar is perhaps not the best constant in a well-balanced diet. Fox News branded her assertion that big business sways FDA decisions “bad science.” The National Review stopped just short of calling her a communist for her argument that Americans have access to too much food at prices too low and in fat and sugar concentrations too high.

Nestle comes to COPIA to inaugurate a new panel series established by restaurant consultant Clark Wolf, who also serves as the chair of NYU’s department of nutrition, food studies and public health advisory board, among countless other projects. Splitting his time between Manhattan and Guerneville, Wolf began this program, titled the NYU Critical Topics Series, at the university last year and, with its success, decided to bring it to COPIA to deepen that institution’s own mission. “It supports COPIA as a crossroads which, in my opinion, is its best use,” Wolf explains by phone from his home on the Russian River. “This first conversation with Marion is to introduce the topic of the modern way of looking at food.”

Even those who feel that they shop with a fair bit of savvy are bound to be floored by the complex details Nestle reveals in What to Eat. Tyson Foods, for example, controls a full one-fourth of the entire U.S. market not only for chicken, but for beef and pork as well. Such staples as milk, meat and bread are stored at a market’s farthest limits so that consumers have to walk long aisles and be exposed to more products; the typical consumer therefore purchases two “impulse” items for every one on the grocery list. And every quart of milk purchased is paid for by the consumer in three different ways: at the register and again in tax subsidies to the dairy farmer who raised the animal and the soy or corn grower who provided its feed.

“Who are you going to ask?” Wolf says, underscoring the commonsensical wisdom and science found in What to Eat. “Not the FDA. They’re giving us gasoline rebates; it’s all one company. There is another issue from my viewpoint. In Northern California, it’s almost as if Marion’s book is our perfect reference book. When people say that three dollars is too much for a peach, we want to say, read chapter seven! It’s better than open-heart surgery. Look at what we’re spending in 15 different ways on high-fructose corn syrup. Give me a three dollar peach any day.”

Wolf and Nestle met during a Manhattan book party during the ’90s and forged their friendship on a long walk home afterward. Within a year, the two had completed Nestle’s dream to make NYU’s food-studies program a Ph.D. track. Asked to explain the increased interest in a topic that used to be known as home ec, Wolf says, “This is the course of study I would have taken if it existed a thousand years ago when I was in college. Food studies is the new liberal arts. You can study politics, literature, the environment, chemistry, the arts, sensory evaluation. Forget the study of Latin! Put on a toga and study food!”

As Wolf is credited with a huge role in reinvigorating the Las Vegas fine-dining scene, it’s no surprise that the next event on his Critical Topics roster is a look at the cultural implications of Las Vegas on the American table (Sept. 16). “If we can get people to eat and drink well on vacation, we’ll have done a lot,” he says. “Americans like to learn new things on vacation, and if we can teach them more about a nice glass of red wine than about silicone implants, that’s something.”

The last seminar of the year focuses on the history, ethics and implications of luxury dining (Dec. 2). Wolf recounts with a laugh that, at the NYU panel on the same topic, chef Mario Batali had quipped, “It’s simple: I like to eat at the top of the food chain.”

One would guess that, unlike Nestle’s average American consumer, he does so with absolutely no shame whatsoever.