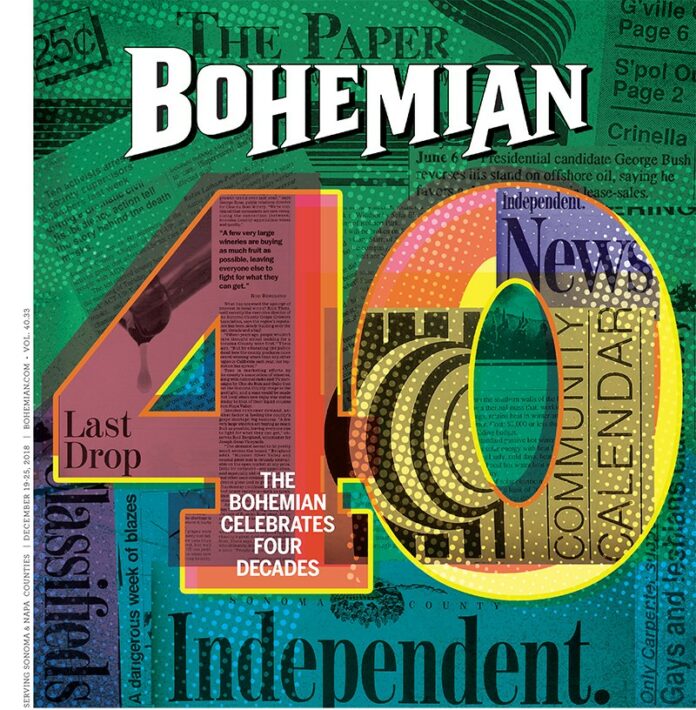 Northern California’s premier cannabis destination for the last 15 years, the Emerald Cup has secured a place in pot history with its respected competition, eclectic entertainment and ever-present commitment to honoring organic, outdoor cannabis.

For the first time, this year’s Emerald Cup, taking place Dec. 15–16 at the Sonoma County Fairgrounds in Santa Rosa, is commencing in a state where cannabis is now legal for all users. While that may sound like a one-way ticket to the biggest pot party on the planet, Emerald Cup founder Tim Blake and his team have found 2018 to be anything but smooth.

“It’s been a very challenging legalization,” says Blake. “The state wasn’t ready to give out permits; people were jumping through hoops. For the Cup, we had to spend a lot of time and money on lobbyists and working with the BCC [Bureau of Cannabis Control] to ensure that we could run it the way it’s always been run.”

With cannabis being consumed, judged in competition and purchased at the Cup, the organizers had to develop a working relationship with the new state regulators, who Blake says were not yet set up to handle the licensing and regulations required to host an event this size. The Emerald Cup last year hosted around 50,000 attendees, and this year’s cannabis competition has received 500 entries.

“Across the board it’s been challenging, whether you’re a dispensary, distribution company, nursery—it has been really something,” says Blake, who estimates that only a few hundred permits for cultivation have been issued for places in Mendocino and Humboldt County, where there are more than 10,000 farmers.

After spending much of the year educating the BCC about how the cannabis is judged, transported, stored, sold and consumed at the Emerald Cup, Blake is grateful to announce that all aspects of the event are still in place.

“We had to make them realize this is a critical aspect to our industry,” says Blake. “Not only the Emerald Cup, but all the cannabis events held around the state—small farmers depend on it.”

As with every year, the Emerald Cup prides itself on being an organic cannabis competition. This year, the Cup is expanding with new categories for licensed products like edibles, topicals, concentrates and tinctures, and is including a “Personal Use Grower” category, allowing an opportunity for everyone with a talent for growing cannabis to participate.

The Cup is also handing out its annual lifetime achievement award, this year honoring music legend and cannabis ambassador Willie Nelson. “Willie epitomizes the cannabis industry, the struggle we’ve gone through the last 50 years,” says Blake. “If there’s ever a person that could be called a true OG, who’s been there and been openly, publicly fighting for us, it would be Willie.”

The Country Music Hall of Famer has long been an advocate for the consumption and legalization of marijuana. He’s even got his own recreational cannabis company, Willie’s Reserve. Blake reached out to Nelson for several years about the lifetime achievement award, which has been a feature of the Cup for more than a decade, though, reportedly, Nelson spends the winter in Hawaii. “This year, he’s decided to come back and join us, accept that award,” says Blake. “He also gave us permission to change the name of the award to the Willie Nelson Award, and he’ll be the first recipient of it. I am beyond honored and humbled that Willie and his team would look at the Emerald Cup, vet us out and decide that we’re a class enough act that he would have his name attached to us forever. It’s one of the proudest moments I’ve had with the Cup.”

Nelson will be honored during the Cup’s award ceremony on Sunday, Dec. 16. And while he’s not scheduled to perform, his appearance tops the bill of a stacked lineup of music and comedy that’s running all weekend.

The Cup also welcomes actor Jason Mewes and writer-director Kevin Smith, better known as Jay and Silent Bob in Smith’s cult classic films Clerks, Mall Rats, Chasing Amy and others. The hilarious duo have recently taken to podcasting, and their show Jay & Silent Bob Get Old, is ranked No. 1 on iTunes Comedy podcasts. Fans can see them live on stage Saturday telling stories and cracking jokes.

Another newcomer to the Cup is standup comedian Doug Benson, who co-hosts the entertainment with Cup veteran Ngaio Bealum. Benson has become cannabis’ official comedian ever since he starred in the 2008 documentary Super High Me, where he explored the effects of smoking cannabis for 30 days.

Beyond the entertainment, the Cup is stacked with guest speakers like chief of the Bureau of Medical Cannabis Regulation Lori Ajax, director of cultivation science at Steep Hill Lab Lydia Abernethy, industrial hemp consultant Chris Conrad, and a wide swath of lawyers, growers and business developers.

Other topics up for discussion include the social-justice aspects of cannabis, regenerative and sustainable farming, spirituality and more. Blake is personally excited to welcome psychedelic researchers and experts to talk about their work in medicinal psychedelics. Under the guise of healing, and with the right methodology, Blake says that psychedelics could be the next frontier in treating depression and mental illness.

“The FDA recently approved psilocybin mushrooms research for depression,” says Blake. “It’s a very big topic. Michael Pollan just wrote a best-selling book on it, How to Change Your Mind. And right now we’re coming full circle not only with cannabis, but looking back on how the positive benefits of psychedelics got overlooked by the demonization.”

With so much happening, Blake compares the Emerald Cup to the Lollapalooza of cannabis, and the overall experience promises to entertain, educate and inspire the community with a focus on inclusiveness and cooperation.

“I’m more excited than ever,” says Blake. “I thought we’d play ourselves out, but here we are in our 15th year, and I feel like, boy, we’re just getting our legs under us.”