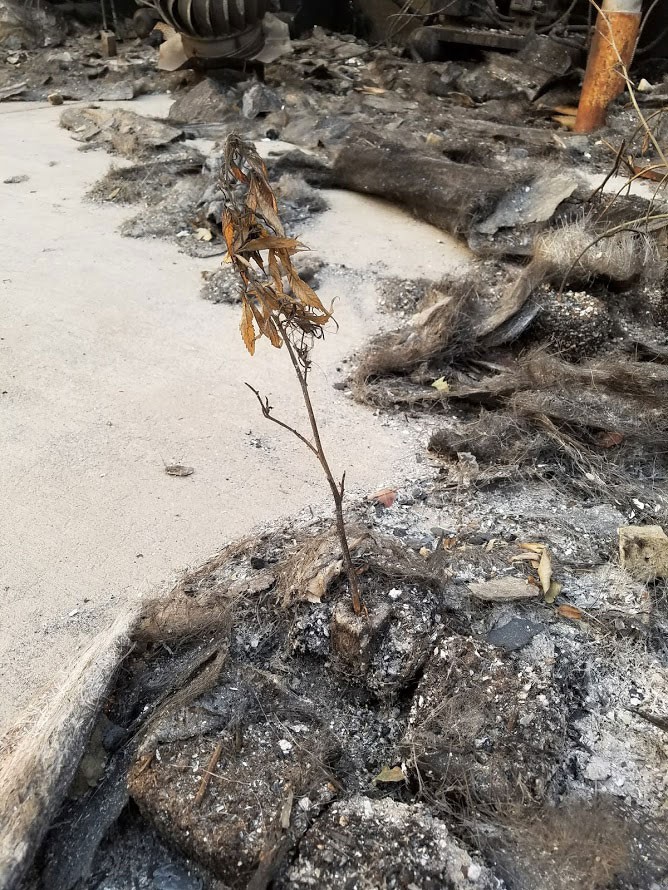 This story has updated to reflect a new fundraising URL for recovery donations.

While many wineries had harvested their grapes before last week’s firestorm, cannabis growers were not so lucky. That meant untold quantities of cannabis went up in smoke last week—as the did the financial future of many small-scale Sonoma and Mendocino County growers.

Since cannabis is not covered by crop insurance or other safety nets, many growers lost everything with no hope of compensation. Growers can’t get loans and won’t qualify for federal recovery funds.

SPARC, a sprawling cannabis farm and warehouse in Glen Ellen, was nearing harvest for its inaugural season when the wildfires struck.

“It’s pretty much a total loss, as far as structures are concerned,” says company CEO Erich Pearson. Only one of four homes on the property survived. The company’s 50,000 square feet of barns were destroyed, as were all of its outdoor crops. Some cannabis in greenhouses survived, but it may be tainted with ash.

“It was the beginning of the fire right there in Nuns Canyon, and [the farm] got hit very hard, just as the surrounding neighbors did.”

The company rented the property and it was insured. Pearson says he plans to rebuild. In the meantime, he had to lay off all but seven of his 22 employees. He’s working on disaster relief and internal financial assistance for those workers.

Hezekiah Allen, executive director of the California Growers Association cannabis trade group, said last week that 23 farms had been damaged, 21 of them lost entirely. He said most of the losses came in Sonoma County. His organization was working with state legislators to create an insurance program, but the work wasn’t done yet. “It was all about to happen.”

Santa Rosa’s CannaCraft lost 15 greenhouses around Santa Rosa, about 5,000 plants. In a dramatic rescue, staffers trudged up near Hood Mountain as the fire raged to salvage what they could from greenhouses. The company will be testing the cannabis to see whether it’s been contaminated.

As devastating as their losses were, the company opened its offices to other cannabis businesses displaced by the fire. It donated $100,000 worth of products to area dispensaries and is serving as a regional headquarters for the Red Cross. The company may also host FEMA trailers for displaced residents.

“We see the industry coming together as a community,” says company founder Dennis Hunter.

When the time comes, he hopes city and county officials will consider tax relief or other assistance for cannabis companies impacted by the fire.

The California Growers Association has established a recovery fund for victims of the fire at https://emeraldgrowers.nationbuilder.com/wildfire