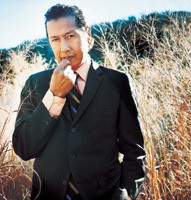 Pairing off the strangest partners of the year

Best-of-the-year lists are often about connecting big cultural dots. What did this year’s discs by Beck and E-40 tell us about micropersonal technology? Did the latest by the Killers and DJ Shadow shed any light on religious extremism? This topical thinking led me nowhere in 2006, but I did find that new releases made sense in pairs.

For example, I found two openly political singles both inspiring for their divergent displays of humanism. The Dixie Chicks’ “Not Ready to Make Nice” is a bitter, trenchant reply to the shit they’ve taken for being anti-Bush; it’s dead serious blues-rock with its own stay-the-course truth. Conversely, Soul Asylum’s “Lately” is the best bring-the-boys-home fantasy of 2006, thanks to its light-hearted bubblegum swing.

Here are some pairings that connect a few of the year’s best albums.

Drive-By Truckers, A Blessing and a Curse; Ghostface Killah, Fishscale

This pair shares the great attribute of plain-spoken, thoughtful storytelling. Drive-By Truckers offer gutsy, emotive roots-rock, emerging from the shadow of Lynyrd Skynyrd comparisons not with triple guitar fire but rather with a triple singer-songwriter punch. Ghostface Killah is the last member of rap collective Wu-Tang Clan to remain vital, yet he sounds vulnerable on this character-filled, soul-based narrative about dealing cocaine. Both discs tell cautionary tales about moving on; while DBT ask what’s next on the Stones-like “Aftermath USA,” Ghostface samples the Stylistics for a sad goodbye on “Big Girl.”

If you enjoy an off-the-cuff, warts-and-all aesthetic, this pair packs a huge payoff. Boris are a Japanese noise-punk power trio that smoke ambient feedback and belch industrial spazz, sometimes in terse riff-metal blasts and sometimes in scattered transformations like the 17-minute drone “Just Abandoned Myself.” Bobby Bare Jr.’s dad was a modest ’70s pop-country star, but Junior’s ahead of the sons-of-country-outlaws curve that includes Shooter Jennings and Hank III. His disc isn’t even country (he’s backed by jam band heroes My Morning Jacket) but rather the kind of ragged, melodic alt-rock meltdown we used to get from the Replacements.

In this tandem of world-weary songwriters, Russell is wiser than Snider, but Snider is funnier than Russell. Or is it the other way around? Aren’t Russell’s endless romantic images of church and the heart more amusing than empathetic? Isn’t Snider so much deeper than his smart-ass clowning character? The photos of ex-girlfriends that Russell converses with on “The Pugilist at 59” talk with a humor that Snider has no use for when he squarely confronts his boss on “Looking for a Job.”

Veterans figured big in 2006, but this pair reached the summit via different paths. Pearl Jam returned from alt-icon mediocrity with a direct, biting and basic hard rock sound. Outkast’s movie soundtrack, a diverse but complete stew of a hundred years of American pop, continued stretching the hip-hop duo’s creativity. Both offered plenty of drama; the characters in Idlewild no doubt understand Eddie Vedder’s plea, “Having tasted a life wasted / I am never going back again.”

Yeah, I just combined these two for laughs. But is this pair the uncharted future of rock? Mastodon’s hypertechnical prog-thrash hybrid is the new nu metal, and TV on the Radio’s weird indie dance rock may be the new neo-new wave.

Whether that’s meaningful or empty ear candy, these connections are a cultural mountain I look forward to climbing again next year.