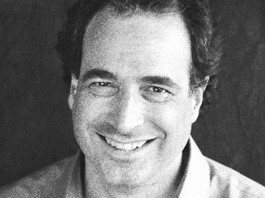 Not everyone believes the march of big-box chain stores across the national landscape is inevitable, and two who are preaching–and practicing–alternatives will be speaking in the North Bay next week.

David Mattocks is CEO and president of the Sierra Business Council, a nonprofit working to build a new type of prosperity in 12 counties in the Sierra Nevada foothills by focusing on a triple bottom line: the social, financial and natural capital of local communities. Attorney, economist and author Michael Shuman is the author of several books, including Going Local: Creating Self-Reliant Communities in a Global Age and The Small-Mart Revolution: How Local Businesses are Beating the Global Competition. He’s also cofounder of BALLE (pronounced “Ball-ee”), the Business Alliance for Local Living Economies.

Shuman will be featured speaker on Oct. 3 at a kick-off event for the Sonoma County Alliance for Local Economy (SCALE), a recently formed local chapter of BALLE. And on Oct. 4, both Shuman and Mattocks will speak at the 2006 Economic Summit and Business/Community Expo presented by the Sebastopol Area Chamber of Commerce.

SCALE is just one of many BALLE chapters being formed in the North Bay; one was recently set up in Napa Valley. Kelly Rajala of SCALE says many people feel disenfranchised in the modern global economy. Next week’s events are intended to help change that.

“This helps move a lot of different efforts in a positive direction,” Rajala says. “In the face of increasing energy costs and climate change and globalization, this gives us focus on a regional level. It’s a win-win-win situation for individuals, for business owners and for communities.”

A key is discarding the traditional confrontational approach and getting everyone to focus on the common goal of creating and preserving a community’s unique quality of life, says Mattocks.

“[The question becomes] how do you build the economic capital in your community without destroying the natural resources or social community?” The Sierra Business Council, Mattocks says, has shown that this triple-bottom-line approach works.

“If you want sprawl and traffic jams in your community, you can get there, but if you want to build real quality of life, that kind of prosperity doesn’t just happen. Civic leaders have to drive that process.”

Those leaders, in Mattocks’ view, are city council members, hospital administrators, teachers, business owners, parents and others. “Anyone who is engaged in the community is basically a civic leader. I’ve seen kids do remarkable things in their communities and take on real leadership roles.”

“I’ve seen communities that drive just economic wealth at the expense of the social and natural capital,” Mattocks says. “Ultimately, what that ends up doing is creating less economic wealth.”

For his part, Shuman believes that consumer perception of globalization is exaggerated. He points out that 58 percent of the goods and services nationwide are sold by locally owned companies. That could increase dramatically, Shuman argues, if public policy supports local rather than nonlocal companies and if consumers understand the impact of buying from locally owned companies.

“Roughly speaking, we know that every dollar spent at a local business contributes something like $2 to $4 more economic benefit than money spent at nonlocal businesses,” Shuman says, reasoning that area businesses spend their own monies locally.

Buying locally doesn’t have to mean spending more money. Large chain stores have what is traditionally viewed as economies of scale, which lets them purchase wholesale goods in large quantities at a lower cost, resulting in lower prices for consumers. But if those goods are created in China, they have to be transported as much as 15,000 miles to reach consumers, which adds to the final cost, as do extensive marketing and promotion. And huge companies don’t always function as efficiently as small ones.

“There’s fairly comprehensive evidence that the competitiveness of local business is growing,” Mattocks says. “It’s the basic lesson of the dinosaur–that bigger is not always better in terms of survival.”

Shuman adds, “There’s almost nothing you cannot do competitively at a small level if you put your mind to it.”