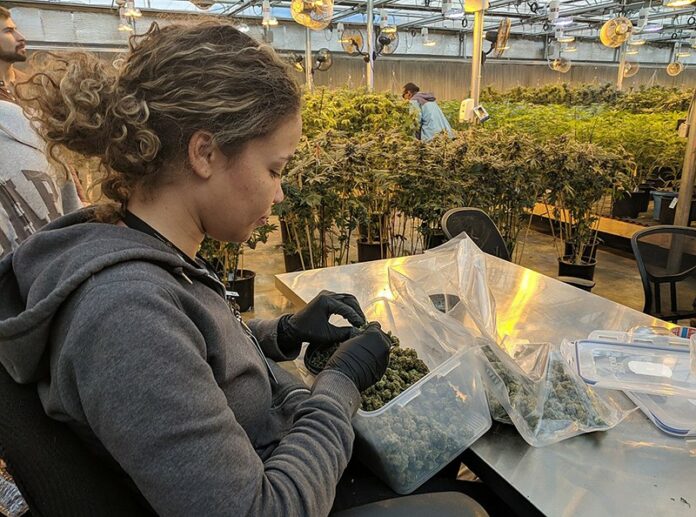 Connecticut Incoming Democratic Gov. Ned Lamont is a strong supporter of legalization and has vowed to get it done in his first 100 days in office. Lamont is blessed with strong Democratic majorities in both the House and Senate, and has a progressive caucus that sees legalization as a moneymaker for the state.

Illinois Incoming Democratic Gov. J. B. Pritzker is another new chief executive who made marijuana legalization a key plank of his platform. With the Democrats in control of both houses as well as the governorship, Illinois could soon join Michigan as a Midwestern marijuana outpost.

New Jersey Well, it’s taken longer than the 100 days Democratic Gov. Phil Murphy promised when he took office a year ago, but the Garden State is teetering on the verge of legalization right now. In November, committees in both
the Assembly and the Senate approved a legalization bill, but
final approval was delayed.

Delaware A bill to legalize marijuana won a majority in a House floor vote last year but fell short of the super-majority needed under state law, because it included a taxation component. While that bill’s authors both retired, so did a number of House members who either voted against it or abstained.

Minnesota Incoming Gov. Tim Walz wants to legalize marijuana, and his Democratic Farm Labor Party took control of the House in the November elections. Incoming House Speaker Melissa Hortman hasn’t endorsed the notion, but did say marijuana reform will be taken up in that chamber this year.

New Mexico Incoming Democratic Gov. Michelle Lujan Grisham favors marijuana legalization, arguing that it would be a boon to the state’s economy. Democrats control both the House and the Senate, and House Speaker Brian Egolf says if a bill made it to the House floor “it would probably pass.”

Rhode Island Gov. Gina Raimondo is a recent and somewhat reluctant convert to the cause. House Speaker and fellow Democrat Nicholas Mattiello has been similarly reluctant, but, like Raimondo, is feeling the pressure of looming legalization in neighboring states.

This article was produced by Drug Reporter, a project of the Independent Media Institute.