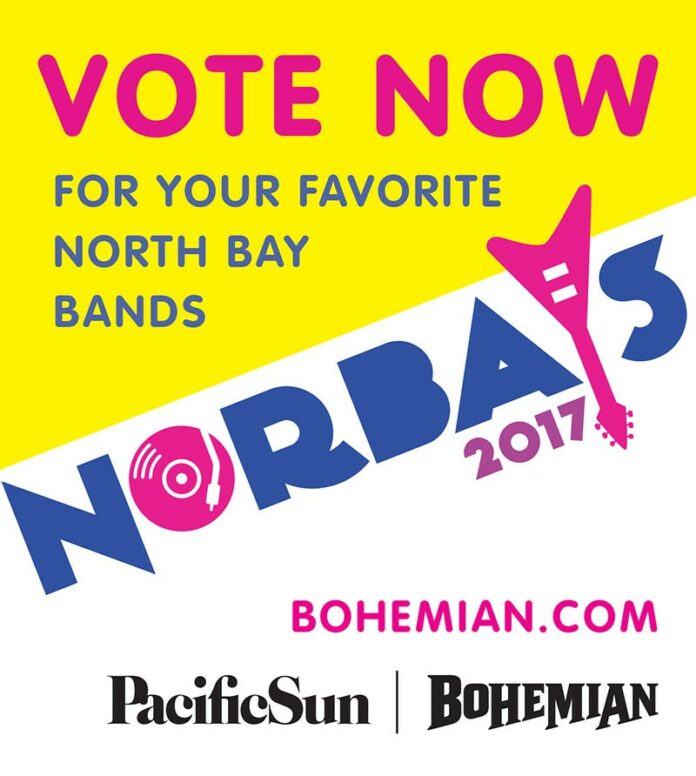 Vote for your favorite bands and more now

A North Bay tradition more than a decade in the making, the annual NorBays are now open for our 2017 write-in voting. This year, we’ve expanded our voting to include several new genres and musical categories to better represent the broad and diverse array of music in our region.

In addition to longtime categories such as reggae and jazz, our online poll is zeroing in on some of our favorite, though often overlooked genres. So, this year, we’ve got punk in its own league, as well as spots for metal and indie rock. We’re also splitting up the blues and R&B departments, as well as the country and folk listings, hip-hop and electronica groupings to better represent these sounds. Readers will also find new categories to honor local radio disc jockeys, local venues or clubs, open mic events, music festivals and music promoters, because those who support the scene deserve some love, too.

Anyone can vote, though we ask that
you only vote once. If you’re a band, tell
your fans; if you’re a fan, tell your friends. Voting will be available on Bohemian.com through Aug. 7. We’ll announce winners in our Aug. 9 issue. Look for the NorBays icon
at Bohemian.com, and cast your votes today.